Facebook’s virtual reality headsets to ship in early 2016, but are Australian consumers ready for VR? 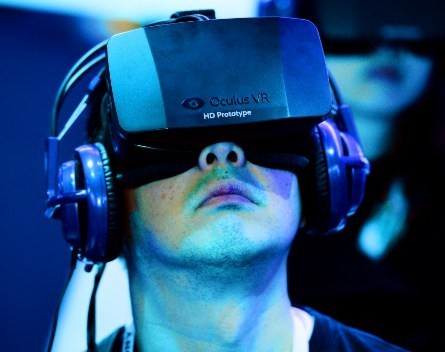 Oculus VR will begin shipping its virtual reality headsets to consumers in early 2016, three years after the company was acquired by Facebook for more than $2 billion.

While the company has not given away any information about pricing, it has announced consumers will be able to pre-order the headsets later this year.

“For the ordinary person and for other applications there is still a big question mark over the input device, which is the controls people interact with,” he says.

“So for real estate it’s pretty straightforward – you’re immersing yourself in a viewing experience. Whereas with gaming you’ve already got existing controllers and outside of that there isn’t too much content that exists for the ordinary person at this stage.”

One of the biggest hurdles VR developers have to overcome, according to de Ross, is the fact that there is no one-size-fits-all input solution.

Despite this, there is a “massive opportunity” for high-risk training scenarios.

“Virtual reality is going to be so diverse in terms of its application that there needs to be as diverse a range of input devices to match those sorts of experiences,” he says.

“For example, omni-directional treadmills so you can walk, jump, crouch and run. But that isn’t going to be useful in other applications where you might want more of a custom-built cockpit for a flight simulator or truck simulator… it’s a good opportunity for businesses that do hardware to really address because it’s going to be a massive market.”

However, Mark Pesce, who co-founded Virtual Reality Modelling Language, has some reservations about VR and doesn’t think it will be as widely embraced as it is tipped to be.

“They haven’t really advanced the bar very much,” he says.

“There’s this element of subtracting the body from virtual reality. What seems to get forgotten in the VR system is the body… as long as we have the eyes plugged in everything’s okay, and that’s bullshit. You still find people getting sick – from motion sickness – when they put the VR headset on.”

Pesce says while there is no doubt gamers will jump at the opportunity to own a VR headset, he thinks VR still has a long way to go before everyday consumers take the plunge.

“In terms of the broader market I just don’t see it crossing that chasm yet,” he says.

“The real challenges VR had were completely addressed for me. It exceeded my expectations.”