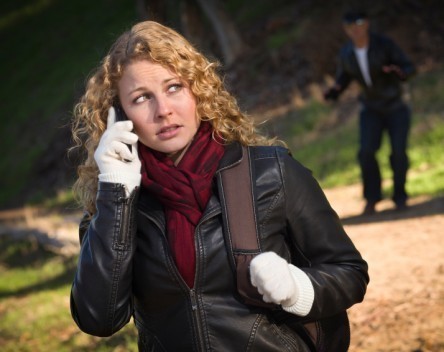 The fear of family and friends not knowing whether or not she disappeared prompted Elena Zuban to create a safety app called Charmsafe.

Zuban, who moved to Australia 16 years ago, says she felt “profoundly alone” with “nothing to help you out and no one knowing if you disappeared”.

Charmsafe solves that problem by enabling its users to put a system in place that notifies their friends and family if something goes awry.

“I searched for an app that was already on the market but there were hardly any,” she says.

Users have to register their details with the app, including those of an emergency contact. The user can enter the time and place of the event and, in the case of meeting someone, the name of the person.

An hour after the start of event, it sends an SMS asking the user how they are. Its frequency subsequently decreases and ends completely when it hits ‘timeout’. Timeouts can be set to six hours, a day or two days. If after six hours the user has failed to send a reply to the first SMS, the emergency contact is automatically informed.

An algorithm scans the reply for signs of distress. It is currently programmed to understand the words ‘OK’, ‘not sure’, ‘bored’ and ‘SOS’. If someone sends an ‘SOS’, a call is immediately placed to the emergency contact.

According to Zuban, she is working on the algorithm to become fully automated and wants to bring in new features like a cross-checker tool, which would verify the people the user would be meeting beforehand, in partnership with dating websites and search engines.

Zuban says that while the app is primarily targeted at women, it is also for men who may feel threatened. She hopes to expand the app to a wider audience in Australia and the United States and is in talks with London investors.

Less than a year since she launched the app, it has been downloaded a thousand times.

“We have run ad campaigns to promote the app but we find that being written about in the media has helped us a lot”, she says.

“People have written emails telling me about how the app has eased their worries and I want people to raise awareness about it and be passionate about these issues. That would seem to be the best way to raise funding.”