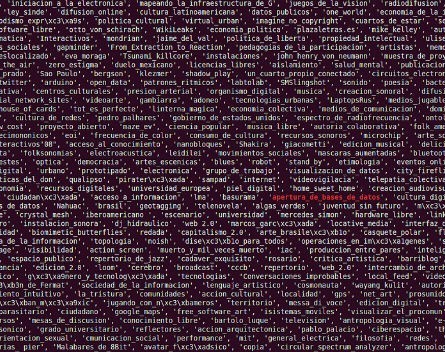 There are growing concerns the federal government’s proposed data retention laws could force smaller internet service providers and telcos out of business, with frustration mounting over inadequate consultation over the issue.

Metadata generally describes data about calls, emails, website visits and other electronic messages, such as the time they took place and where they originated, but does not include the content of these messages themselves.

Under legislation proposed by the federal government last year, ISPs would be required to store this data for a period of up to two years, with law enforcement agencies given the ability to access this information without a warrant.

Director of Smart50 finalist Broadband Solutions, Sam Bashiry, told SmartCompany if the legislation is adopted, the impact on smaller ISPs will be much larger than on telecommunications giants such as Optus, Telstra, Vodafone or iiNet.

“The likes of Optus and Telstra have a massive budget for that sort of thing – we don’t,” Bashiry says.

“And the last thing we want to see in this country is some of the smaller ISPs going out of business.”

Bashiry says the lack of information and consultation with smaller ISPs is his biggest concern with the legislation.

“There should be one law for all and there should be more consultation with smaller ISPs, because not all of the information is out there. It’s like the NBN – there are so many changes constantly being made,” Bashiry says.

“And how it will affect smaller ISPs will depend on how deep it goes. If it’s just browser history, that’s not really an issue. But if emails also need to be stored, there are costs involved with that.

Bashiry’s concerns echo those made by industry lobby group the Communications Alliance in comments to News Corp, as well as by the peak body for Tasmania’s Information Communication Technology sector, TasICT.

TasICT executive director Dean Winter told SmartCompany small ISPs are anxious about what the new laws will mean for them.

“TasICT is very concerned that these proposed laws have been poorly communicated and not well understood,” Winter says.

“Any new requirement for data retention will have a proportionally higher impact on small ISPs. They would be likely to spend considerably more time and resources in attempting to understand the regulation and then implement and maintain the systems required to comply.”

“The process needs to be delayed so that government and industry can clarify which organisations will actually be covered by the scheme.”

SmartCompany contacted the Department of Communications and Communications Minister Malcolm Turnbull this morning but did not receive a response prior to publication.

However, in a speech to Parliament late last year, Minister Turnbull defended the proposed legislation, pointing out that historically phone companies held records detailing the time, duration, and A and B parties of phone calls.

“It is also used in almost all serious criminal investigations, including investigations into murder, serious sexual assaults, drug trafficking and kidnapping. The use of this kind of metadata, therefore, is not new. However, as the business models of service providers are changing with technology, they are keeping fewer records.”

“In June 2013, the Parliamentary Joint Committee on Intelligence and Security concluded that this diminution in the retention of metadata is harming law enforcement and national security capabilities, and that these changes are accelerating.”

This article orignally appeared on SmartCompany.