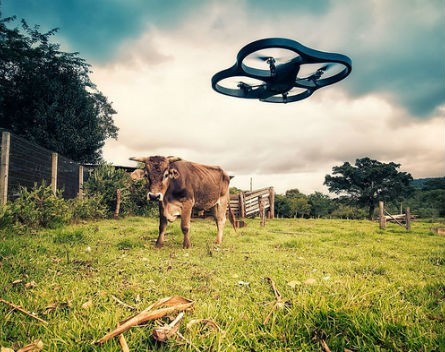 The federal government has tabled an inquiry into the use of drones and other remotely piloted aircraft (RPAs), raising concerns about privacy and other issues.

The Eyes in the sky report comes as interest in the technology grows, with companies such as Amazon and an Australian startup called Flirtey planning to use the technology to deliver products.

The report notes that current regulations, maintained by the Civil Aviation and Safety Authority (CASA) covering the commercial use of RPAs are aimed at maintaining air safety and minimising the risk of a serious crash.

Unfortunately, many people experimenting with the technology are unaware of the regulations currently governing their use.

“Recent improvements in RPA piloting and control technologies, combined with drastic reductions in price have led to a substantial increase in the number of RPAs sold, both to consumers and potential business operators,” the report states.

“The Committee has heard that this has led to a large increase in the number of untrained RPA operators, many of whom are either unaware of, or do not follow, CASA’s regulations. This presents a substantial risk to air safety.”

The report notes interest in the technology is growing across a number of industries, including emergency services, law enforcement, agriculture, media and scientific research, as well as among hobbyists.

Two key concerns raised in the report include the reliability of hobbyist drones, as well as the privacy issues they raise.

“RPAs are an emerging technology and have not yet achieved the reliability expected of mature technologies,” the report states.

“The capacity of RPAs to enter private property, to travel unnoticed, and to record images and sounds, which can be streamed live, creates significant opportunities for privacy breaches.”

The chief operating officer of commercial RPA operator Solutions Australia, Mat Tubb, told Private Media that, contrary to popular misconception, the commercial use of drones in Australia is already regulated.

“People who operate unmanned aircraft have to go through a very rigorous licencing process. It’s similar to getting a pilot’s licence,” he said.

For its part, CASA has created a guide outlining the differences between commercial RPAs and model aircraft.

Private Media contacted CASA for this story, but received no response prior to publication.