Financial System Inquiry: What the 44 recommendations mean for your startup 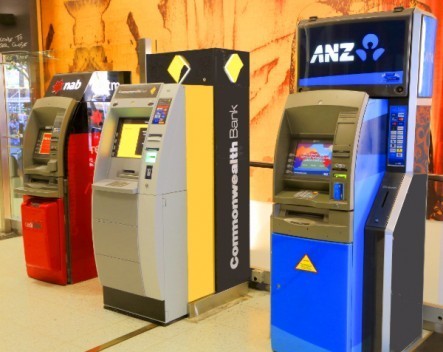 The Financial System inquiry delivered 44 recommendations for reform yesterday in its final report but small to medium-sized businesses were largely ignored.

If adopted, the recommendations made by the team headed up by businessman David Murray could usher in some of the biggest changes to Australia’s banking system in recent history.

The recommendations are broad, but the key ones impacting small business are those calling for super funds to drop their prices and the government to relax rules around governing crowdfunded equity.

The big banks will be required to hold much more common equity capital against their mortgage business if the inquiry’s recommendations are adopted, while financial planners would need to hold a relevant tertiary degree and be able to prove their competence in managing superannuation.

The inquiry has recommended a ban on self-managed super funds borrowing to buy assets and says the corporate regulator, the Australian Securities and Investments Commission, should be granted more power to crack down on white collar crime.

Numerous professional bodies expressed their support for the recommendations yesterday, including CPA Australia, whose chief executive Alex Malley said in a statement the report “addresses some of the fundamental issues facing Australia’s financial system and signposts some of the critical work that needs to be done”.

“Recommendations for allowing the development of crowdfunding options for businesses to access, the establishment of a new ‘innovation collaboration’ and an emphasis on removing unnecessary regulatory impediments to innovation all have the potential to help business prosper,” said Malley.

Slonim heads up advisory firm the Banking Doctor and told SmartCompany the report’s lack of specific recommendations relating to the SME banking sector is “disappointing”.

“There was really nothing specific in the 44 recommendations that related to SMEs and startups, other than a generic statement that the inquiry wants to encourage the development of crowdfunding and peer-to-peer lending, which would potentially give SMEs more funding option than they currently have,” says Slonim.

“But other than that, there is really very little if anything else in the inquiry that would give SMEs hope they would get better access to funding.”

Slonim says the two key banking issues facing SMEs are a lack of access to finance and the need for greater competition between the big four banks.

“The inquiry makes some recommendations that would level the playing field between the big four banks and smaller providers of mortgage finance, which will help the consumer sector, there is nothing similar for SMEs,” he says.

“There is a lack of genuine competition between the big four banks, which control more than 80% of the marketplace, in an environment in which it is very difficult for smaller players to compete for SME business.”

And while the Murray report recommends the government extend protections from unfair contracts for SME loans, Slonim says that “assumes” small businesses are able to sign a contract with a lender in the first place.

Slonim believes it is likely the government will adopt most of the recommendations contained in the Murray report, but says there will be another period of consultation with Treasury before the government officially responds at the end of March 2015.

“Joe Hockey will now be lobbied by all and sundry, particularly the banks,” he says.