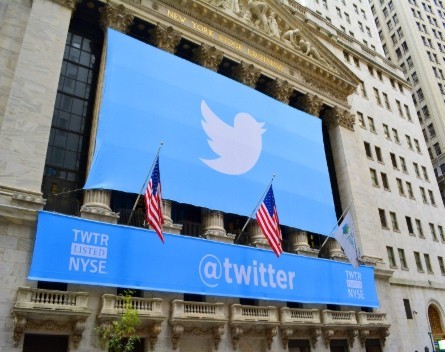 For a social media platform which has assumed such a prominent space in public debate and popular media, we still know remarkably little about the structure and demographics of Twitter in Australia.

Hashtags may be everywhere from the ABC’s Q&A talk show to the A-League Grand Final, and prominent politicians, journalists, sports stars, and other celebrities have all joined in droves, but how many of us are actually active on the platform, and what do we do there? Except for some well-publicised uses (from television audiencing through crisis communication to political debate), we still know very little.

This applies even to the most basic numbers: how many Australian Twitter accounts are there, exactly? Some rough guesstimates by commercial monitors put that figure at around 2.5 million accounts, while Twitter’s own spruikers have apparently even claimed 4 million sign-ups, as Mumbrella reports. A Sensis survey from 2013 suggests that 15% of Australians are using Twitter – this would translate to almost 3.5 million users.

To address this divergence in numbers and develop a more rigorous evidence base for the study of Twitter in Australia, my colleagues and I in the QUT Social Media Research Group have undertaken a comprehensive survey of the global Twitter population, in order to identify accounts which can be considered as ‘Australian’.

Using tools developed by data scientist Troy Sadkowsky, and gradually working our way from user ID 0 through to a number above 2 billion, we used Twitter’s Application Programming Interface to retrieve the publicly available profile information for every Twitter account currently in existence (as of late 2013); this resulted in a dataset of more than 750 million public Twitter profiles. We then filtered these accounts by a number of criteria: mentions of Australia, its states and territories, and the 50 largest population centres in the profiles’ location and description fields, and/or selection of one of the eight Australian timezone settings available in Twitter’s profile settings.

We also endeavoured to remove any false positives from this filtered dataset, including mentions of Perth (Scotland) or Brisbane (California), or of fictional locations such as the Powerpuff Girls’ City of Townsville or Finding Nemo’s 42 Wallaby Way, Sydney. I’ve outlined this process in more detail in a blog post at Mapping Online Publics. By contrast, we have no immediate way of addressing false negatives – for example accounts that have no information in their location, description, or timezone fields which would identify them as Australian. This means that we may underestimate the total number of Australian accounts by some margin, while a small percentage of remaining false positives may in turn partially cancel out this underestimation.

Following this approach, we identified 2.8 million Australian Twitter accounts. This number represents the size of the Australian Twittersphere by the start of September 2013, when our first run of the total Twitter userbase survey concluded; we will repeat and extend this survey in order to capture more recently created Twitter profiles in the near future. It must be noted that some users may operate several Twitter accounts, while other accounts may be shared between multiple users, so per capita sign-up rates should be treated with a degree of caution; 2.8 million users in September 2013 would represent a 12% sign-up rate for Twitter in Australia.

Twitter population growth in Australia follows a clear pattern: from a slow start in the early years (which is similar outside of Australia, too), there is a sudden and rapid rise in new registrations per month in early 2009, peaking at over 100,000 new account registrations each in March and April 2009. (There may well have been more registrations than this, in fact: the accounts we see for these months are only those which were still in existence when we gathered our data in late 2013, of course.)

From this early excitement, things slow down considerably towards the end of 2009 – and then trends start to point upwards again: the average number of new accounts joining per month during the following years is somewhere around 40-50,000. Finally, there is a substantial increase in new registrations in August 2013; this may be partly related to the impending federal election, but probably also reflects the fact that at the time we gathered our data, Twitter’s spam bot elimination systems may not yet have had a chance to remove any offending new accounts.

Note that our data do not allow us to directly identify deletions, however: the average sign-up rate of 45,000 new accounts per month may well be cancelled out at least in part by users deleting their older accounts. A comparison of this first dataset and future iterations of our survey will enable us to determine more clearly whether Twitter in Australia is still growing, or has plateaued.

Some sign-up is clearly driven by current events. During the first quarter of 2011, for example, we see a considerable spike in new Queensland-based accounts on 11 and 12 January, as floodwaters threaten inner-city Brisbane, and during the following days; in Victoria, New South Wales, and other states the sign-up rate also increases notably. Similarly, as a devastating earthquake hits Christchurch, New Zealand, on 2 February, Australians (especially again in Queensland) also sign up in larger numbers than usual. The pattern does not repeat (other than perhaps in Queensland, once again) following the 11 March earthquake and tsunami on the east coast of Japan, however.

The geographical distribution of these accounts should necessarily be treated with a certain degree of caution, given the vagaries of correctly identifying cities and states from the free text provided by users in the location and description fields. However, the patterns do reflect both the overall distribution of the Australian population and the relative likelihood (based on infrastructural and socioeconomic factors) of local residents joining Twitter that we would expect to see:

For most states, the sign-up rate ranges between 8 and 11 per cent, with Queensland and (perhaps somewhat surprisingly) the Northern Territory taking the lead of this group; Western Australia and South Australia are lagging behind most notably. There are likely to be any number of factors which have resulted in these slight differences in Twitter adoption across the country; for Queensland, for example, the well-publicised utility of Twitter during recent natural disasters may well have contributed to an above-average take-up.

If the 420,000 accounts which we could not allocate to any specific state were distributed proportional to the states’ population figures, this would boost each sign-up rate by another 1.8 percentage points. Again, though, it should be noted that per capita figures are problematic since account numbers do not translate straightforwardly to user numbers.

For the ACT, however, we identified some 115,000 accounts, which would translate into an astonishing per capita Twitter adoption rate of 30%. So far we have not seen any indications that an unusually large number of false positives have slipped through our net; there are, however, unusually many accounts whose only identifying feature is their ACT timezone setting, and it is possible that people from other UTC+10 timezones (for example in the northern hemisphere) might have chosen the ACT timezone rather than searching for their own options in the pull-down menu available on the Twitter site.

Another factor that might drive the abnormally high number of accounts with some relation to the ACT is a combination of the socioeconomic make-up of the ACT population, and the fact that (as the seat of the federal government) there will be a very substantial number of organisational accounts, politicians, journalists, public servants, and other likely Twitter adopters in Canberra and surrounds. Additionally, there may also be a significant discrepancy between the number of formally registered ACT residents and the number of people who actually live and/or work in Canberra at least part of the time.

The public profile data we have gathered also enable a range of other analyses – examining, for example, the level of active tweeting in the Australian Twittersphere, or typical patterns in the development of follower/followee networks. We will also seek to compare these with global patterns across the entire Twitter userbase, to examine whether Australian users’ activities diverge from such patterns in any way. Such analyses will provide important new insights into how Twitter is used.

The absence of confirmed data on the Australian Twitter population has also blocked our progress towards understanding what these accounts actually do on Twitter, from day to day – and by extension, of what role this specific form of public debate may play in our overall public sphere. We know a great deal about a small handful of uses (again, crisis communication and politics come to mind), but these tend to represent extraordinary cases which have been widely researched precisely because they were extraordinary, and thus easy to identify.

It has been comparatively easy to capture a dataset of tweets discussing the 2011 Queensland floods, for example: many Twitter users themselves included hashtags like #qldfloods in their relevant tweets in order to make them easier to find (for other users, but by extension also for us researchers). But this constitutes a self-selecting tip of the iceberg – how would we identify what else Australian Twitter users talked about during those days, for example, in order to assess the relative prominence of #qldfloods tweets against the full context of everyday Twitter activity?

Only this more comprehensive understanding of the shape of the Australian Twittersphere holds the key to assessing the day-to-day fluctuation of prominent themes and topics on Twitter in Australia. This, in turn, may then be compared with other longitudinal data on public debate in Australia, in order to determine more accurately what role Twitter and its users play within the overall media landscape that sustains the Australian public sphere. We’ll keep reporting on our findings, at The Conversation and our Mapping Online Publics site, as we pursue this research agenda.

Axel Bruns does not work for, consult to, own shares in or receive funding from any company or organisation that would benefit from this article, and has no relevant affiliations.