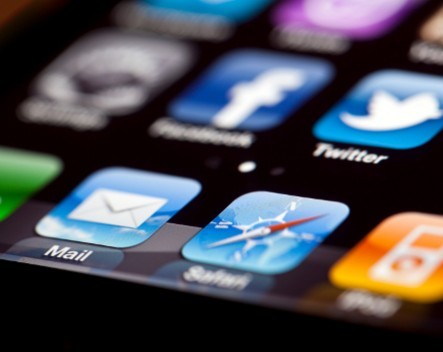 Apple is expected to launch the latest version of the iPhone at an event it is hosting at the Flint Center for Performing Arts in Cupertino, California, next week.

Apple has already sent invitations to an event taking place on September 9th at 10am, local time. In a curious move, there are reports the notoriously secretive tech giant has gone so far as to construct its own multi-storey structure alongside the venue.

The choice of location is particularly significant because it is the venue where Apple launched its first Macintosh computer in 1984. It is also significantly larger than the Yerba Buena Center or the theatre at Apple’s corporate headquarters, where the tech giant normally makes its major new product announcements.

Speculation about the new device hasn’t escaped its key rivals, with a list of consumer electronics giants including LG, Samsung, Microsoft and Motorola – and possibly others – all gearing up for major product launches of their own over the next month.

So what can we expect to find from the iPhone 6? Here are some of the more credible rumours about what we can expect from the device:

1. A larger screen and, perhaps, a phablet

As far back as November last year, there have been persistent and credible reports Apple has been working on two different models of the iPhone 6.

According to most reports, the first model is set to feature a 4.7-inch display, while the second will include a 5.5-inch screen. This would make them close in size to the 5-inch display on the Samsung Galaxy S4 and the 5.7-inch display used on the Galaxy Note 3.

Along with the move to two screen sizes, Apple is reportedly moving away from the plastic casing used on its current low-end device, the iPhone 5s.

Aside from the usual Apple rumours sites, reports about the two screen sizes have appeared in a number of credible business publications, including The Wall Street Journal and Bloomberg.

Unfortunately, it is not clear if both versions of the iPhone will be available at launch, with some speculation the larger 5.5-inch phablet version could be on hold until next year.

According to a second credible rumour, Apple has been working on its own mobile payments platform centred on the iPhone 6.

During the past week, a number of respected publications including The Information, Re/Code and Bloomberg have independently confirmed with sources that Apple has struck a number of deals with major payment providers, retailers, and banks.

Those signing up to the payment platform include credit card and payments giants American Express, Visa and MasterCard.

The reports suggest the iPhone 6 will include an NFC (near-field communications) chip, a technology used to power tap-and-pay credit cards and public transport systems.

It will allow iPhone 6 users to make purchases with their smartphones, rather than by using a credit card or by paying with cash.

While NFC-chip technology has long been a standard feature of Android, Windows Phone and BlackBerry smartphones, Apple has long held out on using it in its devices.

3. Does Apple have anything up its sleeve?

For years, it has been rumoured Apple has had a smartwatch, or iWatch, up its sleeve.

In recent years, the hype surrounding wearable devices, including smart bracelets and smartwatches has grown, with many expecting Apple to eventually join the market.

Following the release of the Pebble in January 2013, a number of consumer electronics and device manufacturers have dipped their toes in the market, including Sony, LG, Motorola and Samsung, among many others. Other companies, such as Microsoft, are believed to be working on wearables of their own.

At the Google I/O developer conference, the search and mobile giant unveiled its Android Wear device platform. Meanwhile, rival consumer electronics makers are working on smartwatches with their own SIM cards, as well as round clockfaces.

The growing speculation is that the time is right for Apple to release its smartwatch – before it’s too late.

Whether or not the iPhone 6 comes in a larger form, accepts mobile payments or is partnered to a smartwatch, one thing is for certain: it is set to run iOS8.

First unveiled during the company’s WorldWide Developer Conference during June, iOS8 will bring along a number of new features for users.

The improved interoperability means users will be able to use their Mac as a speakerphone for their iPhone, read and send their iPhone messages from their Mac, or use a feature called Handoff to pass activities from one device to another.

In August, some photos of the new device leaked showing a thinner, lighter version of the iPhone. But one feature in particular was notable: the use of sapphire, rather than glass, for the screen.

While the choice of material is likely to make the device significantly more expensive, a less shatter-prone iPhone will certainly be music to the ears of anyone who has ever accidentally busted a mobile phone screen.