Five niche crowdfunding sites on the stump for start-ups 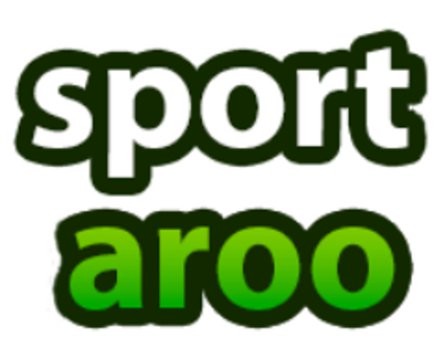 A new crowdfunding platform aimed solely at local sporting clubs has highlighted the growth of niche crowdfunding websites, suggesting there are opportunities for other start-ups to specialise.

Sportaroo, which has a team of six based in Australia and the United Kingdom, allows sports teams to raise funds for team projects by offering merchandise, experiences and sponsorship.

According to Sportaroo spokesperson Jim May, it’s been an exciting few weeks.

“Our first campaign for the Australian Women’s Olympic Bobsled Team is going great guns and is close to achieving its target,” May wrote on Silicon Beach Australia.

“The girls are offering all sorts of supporter packs including great value sponsorship and the chance to ride in an Olympic bobsled.”

Sportaroo isn’t the first start-up to carve a niche in the increasingly popular crowdfunding space. Here are a few others that are homing in on specific areas.

Unlike Pozible – which encompasses all kinds of creative projects and ideas – Start Music is aimed solely at Australian music artists, allowing them to connect with fans and fund music.

“A lot of musicians and artists haven’t heard of the concept of crowdfunding but I find they get it very quickly when I start explaining it,” founder Andrew Sellen told StartupSmart in July 2011.

“I’m also going to have a system of milestones rather than a simple success/failure system… so fans are still engaged in helping them reach their 100% target.

“My marketing strategy will revolve around contacting the sort of artists I’d like to see on the site. I’d like to see bands on there that are buzz bands – newer bands but growing in popularity.”

StartSomeGood is a US-based platform for social good initiatives to raise funds and grow a community of supporters.

According to its Australian co-founder Tom Dawkins, StartSomeGood is “Kickstarter but for social change”, which is “lowering the barriers [for] people… who want to make a difference”.

“Currently, you’re told you have to register as a charity before you can access most fundraising platforms, which builds in costs and delays, and excludes social enterprises,” Dawkins told StartupSmart in January last year.

Dawkins – who is part of the Australian delegation for the 2013 G20 Young Entrepreneurs’ Alliance Summit – said StartSomeGood enables social enterprises to raise funds “based on their vision, plan and credibility, not their tax status”.

US-based crowdfunding platform GoFundMe, which was founded by Brad Damphousse and Andrew Ballester, has been described as “Kickstarter for the rest of us”.

GoFundMe is a do-it-yourself online fundraising service, which helps people raise substantial amounts of money in online donations for their various causes.

In September last year, it was revealed GoFundMe will launch a new partner program, which will see it partner with organisations whose members raise funds through the site.

GoFundMe already takes a 5% cut of all funds raised on its platform. Through this program, it will split that with the organisations it partners with.

This means GoFundMe and Member Networks will each receive 2.5% of the funds raised in associated campaigns.

Realising that scientists regularly look for funding in order to commercialise their innovations – but are often underwhelmed when communicating with investors – Michael Dawson and Stephen DeVilliers created a crowdfunding site specifically for the science sector.

“We’re interested in research projects from all fields of science including biology, biotechnology, nanotechnology, astronomy, technology, engineering, social science, medicine, agriculture and many more. We are looking for projects from researchers with affiliations at universities, nonprofits or other research institutions. This includes tenured faculty, post-docs, and graduate students. We also accept proposals from industry bodies.”