Five reasons why cloud computing is not standard 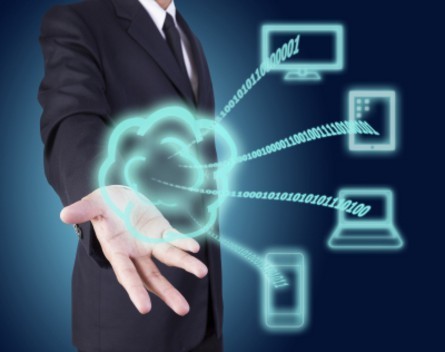 The cloud isn’t exactly a new topic. I believe Steve Jobs, at another one of his famous Apple keynotes, addressed the idea of everyone functioning in the cloud almost 20 years ago.

Granted, dial-up internet wouldn’t have made cloud computing efficient, fun or anything worth using – however, with today’s internet speeds – the cloud is on.

Unfortunately, the cloud would have been an absolute given in Australia had the Labor party been elected on the weekend (not expressing my personal views – just facts). The Liberal government will surely now waste $25 billion on ‘improving’ our current connection speeds, while the country will remain behind in the online world where speed is becoming everything.

So why isn’t the NBN project high on Tony Abbott’s list? Why is cloud computing not just standard? And why on earth are we still actually having this conversation when we should already be up with the likes of other first world countries in terms of internet speed?

Below are five reasons why cloud computing is not standard just yet:

1. People are still unsure what exactly it is

That’s right; people still don’t really know what it is. I still talk to colleagues, friends and family about the benefits of cloud computing and all I get is the look of a confused puppy.

I have said this before and I will say it again – the Microsofts, the Apples and the rest of the large players out there need to educate our society about what cloud computing actually is. For now, don’t even worry about the benefits because people are sceptical – just explain it first – it’s a long and hard task to change an idea in the mind – just ask the writers of Inception.

And guys, when you’re finished preparing whatever education you have for the people – I beg you to drop a copy on our new PM’s desk. Ensure its hard copy though, I don’t believe he has access to his emails (he might write something silly).

2. People are still worrying about security

After all the articles I have written on StartupSmart dismissing this idea, people still remain sceptical about the security of cloud computing. I beg you to forward, tweet and like this article so that more people start reading what I am writing. If the FBI stores information in the cloud, trust me, you can too.

3. People are waiting for others to move

Cloud is still being branded the wave of the future… why? I’m actually on my surfboard waiting for the next set to come through because cloud computing hit the shore years ago.

Businesses and individuals alike need to stop waiting for others to make the move and do it now. The benefits are there, the security is there and guess what – it’s going to happen one day so embrace it today. Be a market leader – not a market follower.

4. People do not know the power of technology

Okay, maybe that’s a little far fetched. A lot of people do realise the power of technology. Most people love the internet and how it connects us to our friends and the rest of the world.

But the fact is technology start-ups are now, more commonly than not, coming in the form of cloud technology. Think Facebook, Twitter and whatever else you Google (another one) every day. Technology will soon be exclusive to the cloud so don’t miss the boat. Unfortunately, our PM is turning those boats away (pun intended) with the NBN project.

Okay, for a fully hosted solution (for large businesses) it can get a little bit costly if you decide to run Windows and software. However, if you set up your business so it is utilising cloud applications like Salesforce.com and Xero, these fees are immediately reduced into nice neatly customisable monthly packages. The key is to identify problems before they arise and move to these applications before the problems become reality.

Unlike the people above I truly believe that cloud computing is easy for us to embrace. It’s safer than ever – safer than your current practices – and more and more technology is simply becoming cloudware rather than software.

I think it’s very funny that most people don’t actually realise how much of the cloud they are actually already using with things like Gmail, Facebook and online banking (all classified as cloud services).

I leave you with this question – do you think our new PM even knows what cloud computing means? I don’t.

Should you have any questions in relation to the above please do not hesitate to drop me a line at  [email protected]. Alternatively, if you’d like to spark a cloud debate on Twitter feel free to connect @JohnRussellAus or comment below.