Five things you should know about the cloud 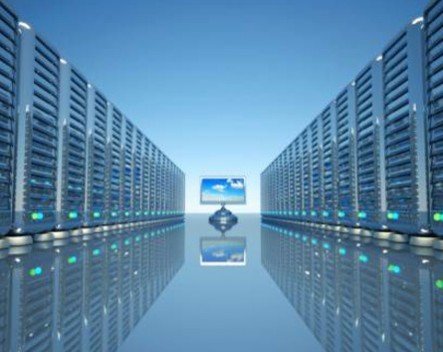 There are many people who think they know what the cloud is. Truth be told, the majority of these people would have absolutely no idea how to describe what is becoming a buzz word in business technology – and a concept potentially annoying to all those supposedly against it.

I want to lay a few silly rumors to bed today and tell you the five things you should know about the cloud – and no, not the fluffy white things in the sky – the technology that will help us move forward as a society into the next stratosphere.

1. A common misconception about the cloud is that it’s not physical. The cloud is actually infinitely physical. A big reason behind the success of Steve Ballmer, CEO of Microsoft, was the construction of his data centres in the USA that store all the data of Microsoft’s loyal users – yes SkyDrive is actually a multimillion dollar, state of the art facility that looks more like a super computer than a cloud.

2. Another common misconception about the cloud is that if you don’t have access to all of your files immediately on your desktop (without the internet) you’re doomed!

Well, as of June 30, 2012, there was a report that posted eight new users are added to the internet world wide every second. For those who aren’t good with maths – that’s almost 700,000 a day with new access to the net. In a month that’s roughly 20 million users added to the internet (almost the whole population of Australia).

What I’m saying is if you can’t find internet access these days you should probably try a little harder.

3. But what if my data goes missing? I get that question a lot. Truth be told – if you store your data on the cloud, not only is it easier to search, it’s not going anywhere.

Most data centres we use on a daily basis have IRS grade security, which means your files are just as secure as the President’s taxable income figure. Long story short, it won’t go missing because not many people are going to rob a multimillion dollar data facility; your house/office on the other hand?

4. It would be so slow, wouldn’t it? Another question I get almost every day. I always answer it the same way – “you pay for what you get!”

Maybe it adds a second to saving a document; however, it saves more than a second for finding a document, so the cloud comes out trumps in this department.

Unless you are operating on the same dialup internet that you had when Mark Zuckerberg was still crawling, you have nothing to worry about speed wise. Plus – the more you store on your computer, the slower it gets. The more you store on the cloud, well, nothing happens.

5. The final misconception I would like to lay to rest – and something that, being in finance, I think is an absolute no-brainer – is that the cloud is expensive.

If you are an individual, then box.net, DropBox, SkyDrive, Google Drive and the like should be enough for you to store your important data until you kick the bucket. Google will make their offering free as long as humanly possible as always. The key is not to hoard!

On the cloud, you just have to worry about a monthly fee. The outsourced party does the rest. Over a three-year average life span of tech and hardware, they work out to be almost even. Subtract the hassles of doing it yourself and you get the cloud comes out on top.

Well, I hope that was a little informative and has opened your mind to something that you’ll either have to open your mind to or have it opened for you.

Should you have any questions in relation to the above please do not hesitate to send me an email on  [email protected]. I always love a good cloud discussion! And if you’re thinking of moving to the cloud now, let me know where you are and what industry you are in and I’d be happy to help with the transition.