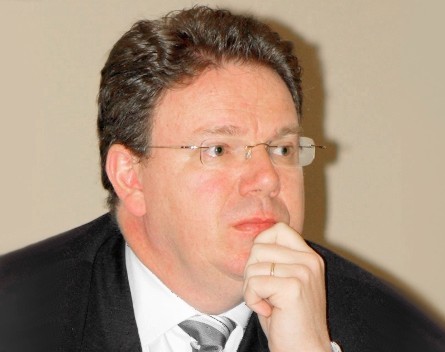 LookSmart founder Evan Thornley says he “stuffed up” when he made sexist comments during a speech he gave at The Sunrise conference in Sydney on Friday.

During the speech, Thornley pointed out how female workers were undervalued in labour markets and went on to say this represented an opportunity.

“The Australian labour market and the world labour market just consistently and amazingly undervalues women in so many roles and particularly in our industry,” he says.

“So call me opportunistic, I just thought I could get better people, with less competition, because we were willing to understand the skills and capabilities that these women had, so there is a great arbitrage there. We would give them more responsibility and greater share of the rewards than they were likely to get anywhere else, and that was still often relatively cheap to what we would have had to pay to someone less good of a different gender.

“I’m not advocating that that inequality should stay, I’m just saying there’s an opportunity for forward-thinking people.”

Making matters worse was the slide behind him, featuring a picture of two women and the text “Women like men, only cheaper.”

So this at #thesunrise was a little disappointing, even though the speaker said other good things about gender: pic.twitter.com/PwVonjJfmH

In a comment on a Startup Daily piece, Thornley says it was a misunderstanding.

“What I was trying to say folks was “gender inequality sucks everywhere but especially in tech – I do what I can to combat it”. Sorry it didn’t come out that way.”

“I have always paid men and women exactly the same for the same work, and you will find a large group of fantastic talented women I’ve worked with who will vouch for that.

“What I was trying to say that I don’t hire that group of men in our industry that are overrated and overpaid (there are plenty of good blokes too, but rather more than a few who’s impressions of their capabilities outweigh objective evidence) and that others may find it a good decision for their business to hire talented women and pay them properly rather than hire less talented men and over pay them.”

He also apologised for using the image on the slide, which he says came from a US law firm who specialise in representing underpaid women and was intended to be viewed as “an ironic take on the stupid labour market in which we live”.

“I’m sorry I’ve made such a mess of this discussion but I’m glad it has brought attention to the issue of gender inequality in our industry,” Thornley says.

You can view the full recording of his talk for yourself: