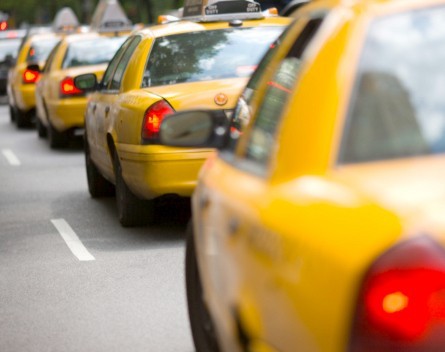 Consumers as well as competitors of the ride-sharing service Uber would benefit if the New South Wales government deregulates the highly monopolised taxi industry, according to the founder of taxi booking app goCatch.

Ned Moorfield was in Victoria last week to meet with various stakeholders and told StartupSmart it was good to see “what’s happening on the ground in Melbourne”.

“Some of the regulators there are the most forward-thinking nationally,” he says.

“The 5% surcharge cap locally has been really good and looks like it’s being applied nationally. I think there’s a great opportunity here [in NSW] for innovative changes to legislation and regulation.”

The Independent Pricing and Regulatory Tribunal (IPART) is considering a review into taxi fares and licensing in NSW, with the aim of improving services through affordable fares as well as acceptable set-up costs for prospective operators.

Public hearings were held last month and changes to maximum taxi fares in Sydney and annual taxi licences will apply from July.

In a public submission it recently sent to IPART, goCatch called for the NSW government to reduce annual taxi plate leasing costs to less than $6000 and for the regulation around ridesharing services to be brought into line with Victoria.

“We want an even playing field,” Moorfield says.

“Uber has a very big backing and is able to pay $130,000 fines in Melbourne for the regulators and run inner-city PR exercises which tend to deflect media attention… but I don’t think kittens translate into delivering better outcomes to the public.”

Government inaction is actually working in Uber’s favour, according to Moorfield.

“It suits them for there to be this regulatory vacuum in place,” he says.

“I don’t think government understands the repercussions of inaction. We need a government that just gets on with it and makes the required changes so other parties can operate in the industry under the same basis.”

However, Moorfield points out that some government regulation is a good thing. In 2012 the startup settled its differences with the NSW Taxi Council following concerns it bypassed the traditional dispatch process which guarantees drivers are authorised by NSW Transport.

“There are concerns around public safety and you can’t leave it to a private company to do criminal checks,” he says.

“We’ve seen a number of cases overseas where regulators leave it to Uber to review the appropriateness of drivers [but] they have got a conflict of interest – they want to get as many drivers on the road as possible.”

A spokesperson for Uber previously told StartupSmart the company is “working closely with the Taxi Services Commission” on having drivers accredited in addition to existing background checks.

“I think people can expect to see more innovation from goCatch in this space and we won’t sit and wait for government when we’ve got a competitor running ahead. Our intention is to get cracking as soon as possible.”