Four email problems that even titans of tech haven’t resolved 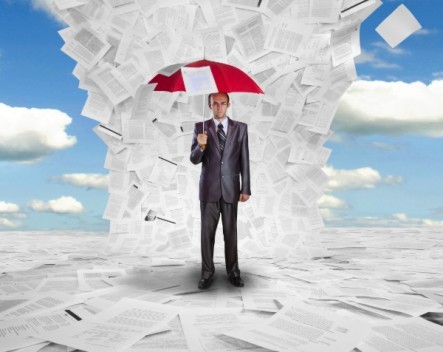 The email address as we know it was born when Ray Tomlinson introduced the “@” sign in 1977, since which email has continually grown in popularity as a communication tool for work and pleasure – until last year. For the first time ever, 2014 recorded a sharp decrease in the number of emails sent around the world, from 204m per second in 2013 to 138.8m per second in 2014.

For personal or social exchanges, instead we’re increasingly using social media such as Facebook, Twitter, Whatsapp and others. But the office email inbox is as busy as ever – and this is a real problem for the millions of workers who have become so dependent upon it.

Email overload is suffered by 87% of employees, with 53% of them saying they cannot cope with the volume of email they have to deal with. So there’s a real need to re-imagine the antiquated applications and approaches to email that are hindering productivity and causing an increase in stress at work.

So here are three new email systems: IBM’s Verse, Amazon’s WorkMail, and Google’s Inbox. Could any of these help us recover our sanity by mastering email at work? What do they bring that the old ways of approaching email lack?

There are four fundamental issues that need tackling: we’re addicted to email – one in three people respond to email within seconds. We’re poor at managing our inbox, leading to a failure to cope with the information it contains. We don’t write email in succinct, understandable language, adding unnecessary complexity. And we find it difficult to switch off, with smartphones allowing us to access work email 24-hours a day. Research has demonstrated that this prevents people from drawing boundaries between work and home, meaning there’s no respite from daily work stresses.

Verse brings fast search to mail – and its social element promotes relationship-building with colleagues by offering information and insight into others involved in any given email correspondence. This feature will help organisations to determine who knows what and who’s talking to whom – and will reduce the duplication of work and the time taken to locate important information. So this goes some way to addressing the problem of email management.

WorkMail from Amazon at least has the right name for the job. Alas, rather than offering a different approach to using email it’s more of a technical manoeuvre. Aimed at business users, it’s a replacement for the managed email hosting products offered by the likes of Microsoft or Google, while still allowing users to keep whichever email client program they’re used to using, on desktop or mobile. While Amazon includes its own web-based email client too, nothing about WorkMail tackles any of our four big issues with this new system. Instead it seems aimed at garnering Amazon more recognition for its business services.

Inbox gives you some pause

Google’s far-from-imaginatively named program is more a re-designed interface to its Gmail service aimed at making email management easier. Radical changes to the same old email interface we’ve come to expect can be off-putting at first. Here, messages are bundled into categories (which may not fit with your own classifications), and commands you’ve learnt to rely on are re-labelled, moved, or omitted.

However, Google has made a good effort at tackling two of our four big issues: inbox management and difficulty in switching off. It simplifies the email interface by becoming more like instant messaging and provides a snooze function to make emails that intrude at busy times disappear until quieter periods.

With IBM, Google, and (to a lesser extent) Amazon attempting to strip email back to a more simplistic mode of exchange, we might have reason to hope that we could regain control over a system that has evolved from being a neat communication medium to something that consumes your whole life. Google Inbox at least offers the possibility of not being interrupted.

But we’re still left with the problem of email addiction, of constantly checking for updates. By making email easier to access we’ve exacerbated our dependence upon it. And there’s no feature to help us write more succinctly.

With two of our four big issues still untouched by the latest developments from these titans of tech, we’re left wondering whether they’re only serving up a smorgasbord of surface-level changes that do nothing to really get to the heart of the problem with email: we just can’t get enough of what’s bad for us.