Foxtel boxed into a corner as sport streaming takes hold 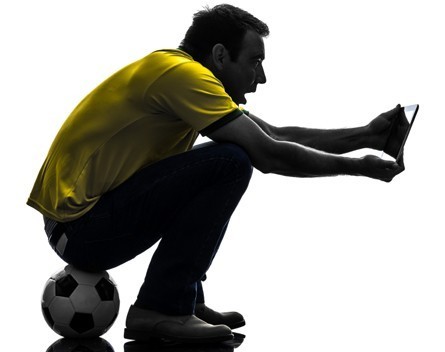 The Nine Network this week secured the broadcast rights for the NRL, in a five year deal to start from 2018. This has removed the possibility of Foxtel and Ten establishing a combined bid for NRL, although the AFL rights are yet to be confirmed.

The deal will see Nine pay A$185 million annually for the NRL rights, which some argue will see Nine not place a bid for the new AFL rights. The amount Nine will pay could be lower if the NRL allows pay simulcasts of games, although Foxtel has not yet confirmed its interest.

Former NRL adviser Colin Smith was unimpressed, saying the rights deal announced by Nine and the NRL was disrespectful toward Fox Sports, a long-term broadcaster, and left them with “crap content”. He says the the public announcement of the deal, before “ever going to market properly”, could make it more difficult for the NRL to secure a deal with Foxtel.

Digital is the future

One of the biggest surprise shifts to come from the new deal is associated with digital rights. As part of Nine’s deal it has secured the streaming rights, with no confirmation how this will impact the previously titled “digital rights”.

It comes as Telstra this week revealed growth in streaming of both AFL and NRL games which “increased by over 70 per cent and 100 per cent respectively in the past year”.

Nine boss David Gyngell has said the NRL deal is “transformational” because it enables “viewers to see the best of the NRL, live and free, four days per week, anywhere, on any device”.

This statement in itself shows commercial television broadcasters are no longer solely concerned about TV content being viewed on TV sets. Content is king, regardless of the platform it is viewed upon. It also shows that live sport, as many have already argued, will be a key contributor in the future success of free-to-air broadcasters, particularly in Australia.

What about digital rights?

If Nine is to hold the streaming rights, what does this means for the digital rights currently held by Telstra?

It appears from the NRL’s CEO, Dave Smith, that digital won’t be segregated in the same way it has for previous rights deals. Smith says:

“By 2018, the digital world will be very different and we want to be in the best possible position to take advantage of any changes. So negotiations with the pay-TV and digital providers will continue and, again, our focus will be on ensuring the most widespread coverage on whatever platform fans choose to watch rugby league.”

Recent reports are making it unclear as to how Telstra will approach the new rights of both the NRL and AFL. It has been reported that Telstra will pull back from paying any big fees to gain the rights for both codes. In addition, it could be that Telstra doesn’t make a bid at all, yet could still be able to stream games via its services.

There are various ways Telstra could still stream games, if they were not bid for the rights. The first would include Foxtel, which Telstra has a 50% share in. If Foxtel were to make an agreement with the NRL for broadcast rights, Telstra could provide the stream to its customers via the Foxtel Sports app.

Another option relates to Nine and the way in which it may utilise its rights to stream NRL games. Nine is currently involved in two online ventures that could be utilised for streaming of the games – 9Jumpin, which is the networks catch-up TV service and also Stan, its video-on-demand service; a joint venture with Fairfax Media.

Stan is currently struggling to compete with the other major video-on-demand (VoD) service, Netflix. To ascertain a point of difference, the streaming of games in addition to other exclusive content via Stan, could give the service the difference needed to claw back some of the lead gained by Netflix. Netflix has said it is not interested in live sport.

The VoD service Presto could also take the same approach, with its joint partners Foxtel and Seven. Foxtel has used Presto subscription figures to lift its overall result. It could use Presto to stream the NRL content if it was to obtain the rights. This may provide fewer issues, than Nine and Stan, due to Nine’s rights associated with free-to-air, where as Foxtel and Presto are both subscription services.

But how would this help Telstra?

Telstra has recently announced Telstra TV, and has been in negotiations with the three prominent VoD providers, Presto, Stan and Netflix to have all three services available via this new service.

This could see Telstra take on a role as a media aggregator, a role used to describe itself in its 2015 annual report.

“Rather than restrict our customers’ choices, we are open to hosting all Subscription Video on Demand services on our platforms and making it easy for them to get all the content they want in the one place.”

The announcement of the NRL rights with Nine and the lack of clarity for any additional bidders raises many questions for the future of sports broadcasting and the rights in Australia. Could it be the sporting organisations themselves that obtain the digital rights and provide the services currently provided by Telstra, removing the middle man?

The urgency by Nine and the NRL to announce the rights deals, of which only part has been confirmed, is also questionable. The NRL rights will not start until 2018. This is a year later than the AFL’s, which is yet to announce any of its rights agreements or any make any suggestions of deals.

The announcement this week could impact the new AFL rights and its yet to be seen if it will be a positive or negative one. What the announce does signal is a change in the way in which Australians will view sport in the future.

Marc C-Scott is Lecturer in Screen Media at Victoria University