From brandy to bitters: When eCommerce orders go off the tracks 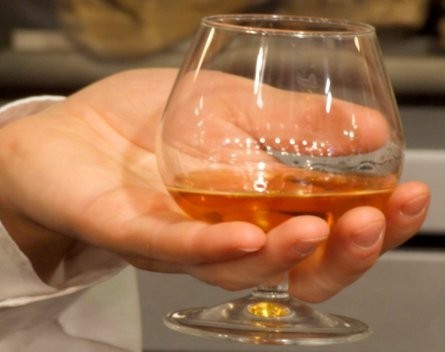 As most long-time readers will know by now, after a long week of toil in the Taskmaster Towers, your humble correspondent commutes back to a small town called Parts Unknown.

There, in a leather recliner beside an open fireplace in a ranch high above a ridge, Old Taskmaster enjoys the nectar of the gods, otherwise known as a Brandy Old-Fashioned.

And in these hectic times, the most convenient way to get a decent Armagnac shipped to such a remote location is to order it directly from the winery over the internet.

However, a few weeks ago the whole process went horribly, horribly awry. (Note: The names in this story have been changed to protect the innocent.)

The tale of woe began as Old Taskmaster excitedly carried a crate down the stairs into a bluestone-lined cellar deep under the ranch. Upon lighting a candle and opening the box, some subtle hints hinted to the keen observer that this perhaps might not be the premium brandied wine that was originally ordered.

The first clue was the shape of the bottle. The liquid also looked suspiciously clear – almost translucent. Then there was the label: “Snoqualmire Estates 2013 Chardonnay”.

Moments later, a loud, blood-curdling and anguished cry was heard echoing through the hills and gullies around Parts Unknown.

Thankfully, the winery was happy to replace the low-grade swill they had sent with the premium beverage that had originally been ordered. All Old Taskmaster had to do was wait until a pre-paid satchel had been sent out, put all the bottles in it, post it back to the winery, then wait up to 28 days for the correct order to be delivered.

Well, earlier today I dropped off the satchel at the post office. When I got back, another parcel arrived, this time containing some tracks for a model railway. After days of waiting, those “O” gauge tracks I had been waiting for were finally here!

Now, for those of you who don’t build scale models, the scale of the model is important; it means your model trains fit on your model railway tracks, and aren’t out of proportion next to your model cars and model houses.

Unfortunately, upon unwrapping, it quickly became apparent they had sent out the wrong rails. In fact, it’s stated right there on the box: these are “N” gauge tracks! And you know what “N” gauge is good for? Nothing! After all, it’s no coincidence Nokia chose to name the worst phone they ever made the N Gage!

Seriously! Two wrong orders from two Australian eCommerce suppliers in just one week! Where’s the inventory control?! Not only is this return package stuffing business a waste of your resources, it’s also a waste of mine!

So, do you sell products online? Or are you planning to in the future? If so, make sure you have good inventory management practices in place! Also, double-check each of your orders before you ship them out!