Gaming through the ages: older Australians are embracing video games 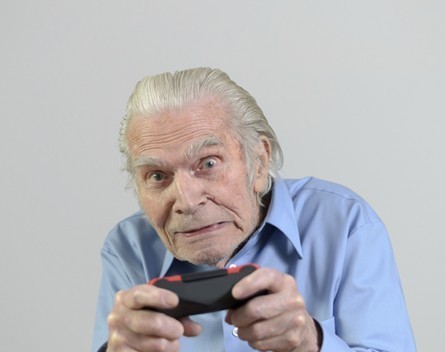 The rapid growth of ever-older audiences playing games on mobile phones and on consoles has been brought about by easier and more intuitive user interfaces, repeated stories about the health benefits of play for older players as well as demography.

The average age of Australians who play video games is now 33 years. They play for an hour-and-a-half, and between three and four times a day. Video games are played by 49% of those over 50 years of age and 39% of those over 65: primarily, they say, to keep their mind active.

These are the latest results from a series of studies I have conducted since 2005 for the Interactive Games and Entertainment Association. The report entitled Digital Australia 2016 is the sixth iteration of empirical studies about demographics, self-report behaviours and attitudes around digital games.

The current research is based on 1,274 households and 3,398 individuals of all ages living in those households. Adult participants responded to 80 questions about themselves and on behalf of all members of their households. Participants were drawn from an online national sample using the Nielsen Your Voice panel in May.

In the current study, age bands used by the Australian Bureau of Statistics were mapped onto player status. The operational definition of a player was any person in the household, self or participant-reported, for whom the answer was simply “yes” to “Do you…” and “Does [household member]… play computer or video games on any device including a PC, console, handheld, social network, mobile phone or tablet computer?”

The result reveals that 68% of the Australian population plays, although the proportion varies by age group. Predictably, 91% of children aged five to 14 play. However, the proportion of older adults aged 65 and over who play is as great as young children between ages of one and four.

However, drilling down by age group produces a compelling if simple finding: for those aged 50 years and over, fun is replaced by keeping the mind active as the main reason for playing.

Results of this survey research are limited. Nevertheless, I believe they suggest games are transforming as a medium. While games will continue to be played for entertainment by players of all ages, they will increasingly serve other purposes.

Interest continues to grow for the potential of games to reinvigorate education, enhance workplace training, and stimulate social and political conversation.

I see games changing most in response to an ageing population. We live longer on average today than at any other time in human history. According to the ABS, the median age of Australians today is 37 years, and a third of Australians are aged 50 years or more – extraordinary as it sounds, 33% of Australians are over the age of 50.

As Treasury’s 2015 Intergenerational Report argues, working life will be extended in coming years because human life has been extended dramatically in the past century.

However, the skills needed and the inclusion required for older workers will centre on knowledge worker literacies, including those of interactive digital media. I believe older adults are up to the challenge.

Longevity is a result of innovation and technology: for people and for media. The review of funding and the Australian games development industry championed by Senator Scott Ludlam is propitious in this regard.

Why shouldn’t Australia lead the charge on designing more games for more audiences and to innovate particularly around serious games for our seriously ageing population?