Girls gain confidence with IT when boys aren’t around 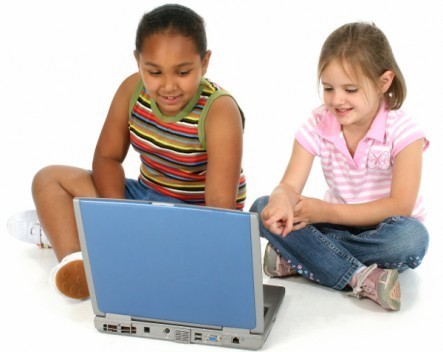 The National Centre for Women in Information Technology (IT) reported in 2012 on the lack of interest girls show in IT and how they are less likely to pursue a career in IT than boys. Our research found one reason for this is the curriculum and the way girls are taught with and about technology.

To address this we developed a one-semester teaching curriculum designed to excite girls’ interest in technology, improve their confidence and encourage them to study IT further. We designed teaching materials that tapped into things girls are interested in.

For example, the girls made movies from writing stages through to editing, created logos for the program (called Digital Divas), using a range of software, and used design skills for menus and recipes at a fitness club. The materials had a creative element and encouraged girls to work collaboratively.

The program ran for four years as an elective for 14 to 16-year-old girls in nine Victorian state secondary schools and one NSW independent school. Seven schools were co-educational and three were girls-only schools. The schools were required to run the program as an all-girl class and all participating schools did.

We also ran focus groups involving 33 girls 12 to 24 months after they completed the program. The results from the text responses from the post-program survey and focus groups showed that the all-girl classes were valuable for a number of reasons.

The girls in the focus groups were not specifically asked about the all-girl environment. However, 61 girls (45%) made a specific positive comment unprompted.

The girls said the classroom atmosphere was more conducive to learning without boys, particularly because they were not dealing with boys disrupting the class. They also said they were more willing to ask for help because the boys were not there.

The girls felt they could talk to each other about their work and the other girls would understand. They said their confidence grew because they were not afraid to try things out. The boys, the girls believe, put them down when they are trying to do something or to express an idea.

The classes were more relaxed and friendly, the girls found. In particular they said they were able to get more work done without boys. One comment was:

Compared to a maths class, or a science class, there’s boys that keep on talking and talking, and the teacher doesn’t focus on you.

The teachers expressed similar sentiments, again unprompted. Of the seven co-educational schools, five teachers commented on the value of the all-girl class. They reflected on the fact that they did not have to deal with as many behavioural issues, which enabled them to spend more time with the girls and extend their knowledge and skills.

The teachers found they could do things differently, the atmosphere in the class was better, they were more selective about what they taught and could focus more on what engaged the girls. One teacher felt that without boys the girls’ attitudes changed. She said:

I think that they found that they could try to achieve more things because there weren’t boys in the room.

At the conclusion of our program we found not only that an all-girl environment had very positive outcomes, but our results also showed:

• Although girls are high users of technology, this does not translate to them being confident. We asked girls before they undertook the Digital Divas class how confident they were with computers and how confident they were after the class. The results indicate that the girls’ confidence with IT overall improved and they were more likely to try new things with technology. In the post-program survey, 76% of girls indicated they were more confident and were less likely to panic if something went wrong.

• Prior to Digital Divas girls had very little interest in computers or a career in IT. Afterwards, girls’ interest in IT had increased and their interest in studying IT also increased further. In the survey, 51% said their ideas about computers had changed.

• Before the program many of the girls saw IT as a male-dominated, geeky career involving working alone in front of a computer. After Digital Divas these stereotypical views generally had changed.

The girls were more aware of IT as a good career for women and were less likely to believe it to be a geeky, solitary profession. In the pre-program survey 43% of girls said IT was a boring job and 21% said they would not like a job in IT. In the post-program survey 51% of girls said their ideas about girls and IT had changed.

Overall we have been able to demonstrate that an exciting curriculum designed around girls’ interests taught in an all-girl environment can improve the confidence of girls’ with IT and change their perception of IT.