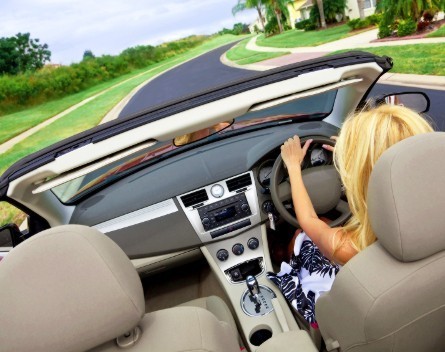 Car-monitoring startup GoFar is hoping to raise $US50,000 in funding with the launch of its Kickstarter campaign.

The Sydney-based startup uses an in-car display and corresponding phone app to help drivers make smart and safer decisions while behind the wheel – while also helping them save money on fuel.

Co-founder Ian Davidson told StartupSmart the crowdfunding campaign will help the team move beyond prototypes as well as seed funding from friends and family.

“Hardware is difficult because you get to a certain level where it’s all good to go but you need to be committing to minimum-order quantities to get your component costs down,” he said.

“What’s awesome about the Kickstarter community is they put their money where their mouth is. What allows us to go to the manufacturers and say we’re not just going to run 100, we’re going to run 1000 [of the product]. It also allows us to negotiate a better price and we can then pass that on to the customers.”

Davidson says the startup chose Kickstarter because it is by far the largest crowdfunding platform.

“There were probably a couple of other branded platforms we could have used, but it does really help having the volume of traffic,” he said.

“We’ve always wanted the challenge of Kickstarter and having that deadline – knowing it’s going to be crazy busy for 30 days before and 30 days during the campaign but then you’re done and can focus on manufacturing and finalise the app. It’s galvanised our team and galvanised the support we’ve had from Fishburners and the startup community – people have been ridiculously helpful.”

When asked what the plan is should the crowdfunding campaign not reach its target, Davidson says there is no plan B because the main goal is user feedback.

“If we can get a few thousand people engaging with our product saying what works and what doesn’t, that’s gold,” he said.

“That in terms of priorities dwarfs money because you know that you’re building what people want. This is an interesting way for us to have a global campaign that will help us flush out partnerships as well.”