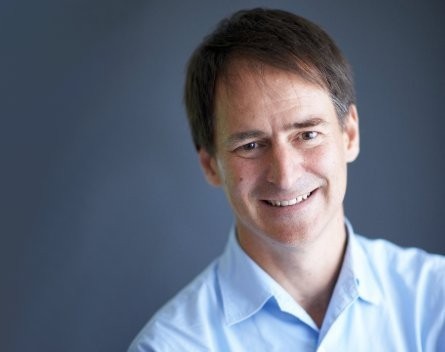 Noble worked in start-ups for decades prior to being headhunted by Google a few years ago.

“I was in Silicon Valley, and it’s hard to live and work there and absorb the start-up juices, as it’s so seductive that you just have to start your own,” Noble said, adding it’s easier than ever to launch a company.

“The internet has almost completely eliminated the tyranny of distance for many businesses.”

An idea and term popularised by Google founder Larry Page, ‘moonshot thinking’ is those ideas and plans that are just beyond the ideas that challenge big, audacious goals.

Noble says his number-one tip for start-ups is go big or go home, and this tip kicks in before you write a line of code or create a business plan. It comes down to the problem you’re trying to solve.

“Don’t solve the first problem that pops into your mind. Ask yourself how to make it bigger,” Noble says. “It’s easier for people to join your cause when you’re looking at big problems, because they’ll get excited too.”

Noble told the crowd of entrepreneurs that curiosity is something none of them should grow out of, and that they should actively cultivate curiosity, and curious friends.

“Ask about everything around you. Ask crazy questions constantly,” Noble says. “And surround yourself with people who ask those irritating questions of you and your ideas.”

3. Step out of your comfort zone

Noble said no entrepreneur should ever be worried about being in over their head or out of their area of expertise. He says they should view their naivety as an asset if it creates new, fresh insights.

“You’re going to succeed because you were a bit different,” Noble says. “And being the underdog can be useful, because if you lose you were always going to but if you win, it’s ‘whoa, look at that’.”

Noble said events like Startup Spring showed how strong the Australian start-up ecosystem was becoming, and encouraged everyone to get involved with their local scene.

While the communities are well developed in Melbourne and Sydney, the past 12 months has seen Brisbane, Adelaide , Canberra, Tasmania and Perth surge forwards also.