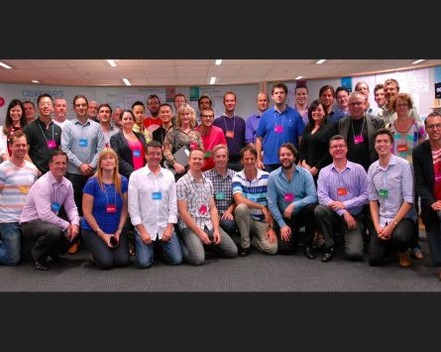 A first industry group for Australia’s tech start-ups is beginning to take shape, with the Google-backed #startupAUS appointing its first six directors from some of the nation’s leading digital ventures.

Alan Noble, Google Australia’s director of engineering, is one of six start-up advocates leading #startupAUS, which is working on a national campaign to accelerate the growth of tech start-ups.

Last month, Google, which has partnered with #startupAUS, commissioned PricewaterhouseCoopers to gather data on Australian tech start-ups, with StartupSmart revealing some of the preliminary findings.

In the meantime, #startupAUS hosted a two-day summit, during which more than 50 members of Australia’s tech start-up scene met to discuss what’s needed to create a vibrant tech ecosystem.

“Everything was on the table as we shared stories about the challenges and opportunities of becoming tech entrepreneurs in our country,” Noble wrote in a blog.

“We heard from Freelancer.com and Shoes of Prey about how difficult it is to find enough computer engineers with the right skills to help grow their businesses.

“While Google may have more resources to ensure we’re attracting the best and brightest that our universities produce, we also understand it’s a numbers game.

“Local graduates in computer science have shrunk significantly over the last decade and we all agreed that it’s a national imperative to fix this.

“On a practical level, this means giving more high school students the opportunity to learn computer science at an earlier age and that teachers are supported.”

Meanwhile, Noble said the data compiled by PwC will help the group’s other areas of focus, which include raising awareness of the tech sector and improving the environment for start-ups.

He did, however, point out #startupAUS is itself a start-up, so there’s a lot of work to do.

“As with any new venture, there’s lots of ideas, energy and aspiration,” he said.

“For me, the real test will occur when a high school student has that ‘What do you want to be when you grow up’ conversation with his or her parents.

“My idea of success: instead of being told to be a doctor or a lawyer, parents will ask, ‘Have you ever considered a career in computer science?’”

Noble told Techworld Australia the #startupAUS group will formalise within weeks, most likely as a not-for-profit, with Google to provide funds and staff.

“Is it going to be a membership model? We’re not sure. Will it rely on donations? Possibly – we’re not sure,” Noble said.