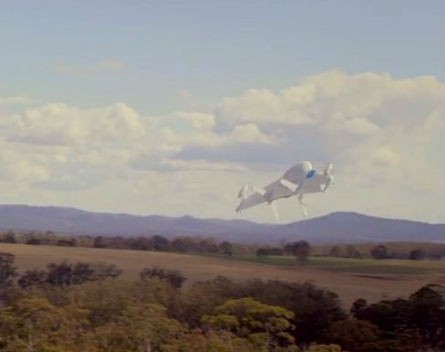 Over the past two years, Google has been privately working on building its own drones, which it has been testing in Queensland.

The “Project Wing” is the latest effort from Google X, the company’s secretive research arm responsible for its self-driving cars, Wi-fi balloons and Google Glass.

The project appears to be a competitor to Amazon’s drone delivery research project Prime Air. The e-commerce giant has signalled an intention to build drones that could deliver small products to customers within 30 minutes of their orders.