GovHack promises to be bigger and better in 2013 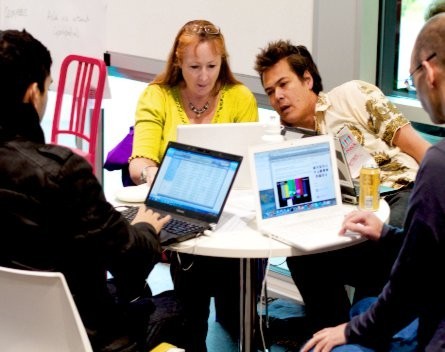 GovHack will take place in eight locations this year, with more than 400 participants expected to use government data to develop solutions and services for the chance to share in more than $120,000 worth of prizes.

GovHack is a not-for-profit event run by volunteers with support from Gov 2.0 Australia Google Group, a local online community designed to support discussion and collaboration on topics such as social media, open data, open government and Government 2.0.

GovHack 2013 will run from May 31 to June 2 in eight locations including Sydney, Melbourne, Brisbane, Perth, Adelaide and Canberra.

The 48-hour competition will kick off at 7pm in Canberra on May 31, while other locations around the country will start at slightly different times.

More than 400 participants are expected to battle it out for prizes, with more than $40,000 in the national prize pool and an approximate $80,000 worth of local prizes. By comparison, last year’s winners shared in around $40,000.

Major prize winners including History in ACTION, which created a website that gives Canberra locals and visitors the opportunity to create their own personalised bus tour of the city.

Another major prize winner was Laser Explosions for a creation called Time Capsule, which lets users visualise trends in 44 metrics over the last 30 years, sourced from 15 government data sets.

GovHack spokesperson Geoff Mason told StartupSmart the organisation of last year’s event was somewhat haphazard, so this year’s event will be a vast improvement.

“Last year, we kind of went ‘Let’s do this’ about two months before we actually did it,” Mason says.

“Last year we had a competition winner walk away with $12,500 worth of prize money. [This year,] we’re asking for sponsors to donate less so they can spend more in the future if the solutions are good.

“That’s kind of the goal of what we’re trying to do… We’ll be using this year to really assess how we do things and how we improve the competition in the future, so government agencies have something they’re able to walk away with.”

In addition, this year will see NICTA’s eGov Cluster run a showcase in Canberra for competition winners to talk about their ideas and entries with entrepreneurs and ICT industry leaders.

The competition will also see several state and territory governments putting up local prizes, adding to the anticipated support of the federal government.

According to the GovHack website, the event is open to “everyone and anyone”, from “data vis, designers and UXers through to web developers and hard core application developers”.