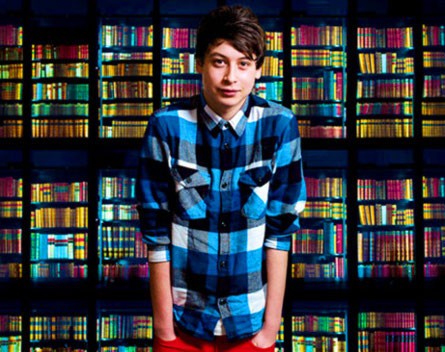 A British-born entrepreneur, who spent several years in Australia, has just become one of the world’s youngest multimillionaires after selling his mobile news app to Yahoo! for a whopping $US30 million ($28.6 million) at just 17-years-old.

The sale, which comes just days after Dropbox snapped up early-stage email app Mailbox for a reported $US100 million, is yet another sign Silicon Valley is still keen to pay big bucks for good ideas – and also evidence of how Marissa Mayer is attempting to reform Yahoo by expanding into mobile apps.

Nick D’Aloisio created the Summly news app when he was just 15-years-old, at his home in London. He made records then for being one of the youngest people to ever receive a venture capital round, winning $300,000 from Facebook investor Horizons Ventures.

D’Aloisio’s app soon received more attention and money from celebrities, including Ashton Kutcher, Stephen Fry and Zynga founder Mark Pincus, and was given plenty of praise for his philosophy that news-gathering was broken and belief that good apps needed to fix news aggregation.

Summly works by using a special algorithm to produce a summary of a news story on the app. Users don’t need to access the full story by default.

Now, Yahoo! is buying the company, with the London Evening Standard pinning the price at between $29 million to $58 million.

“After spending some time on campus, I discovered that Yahoo! has an inspirational goal to make people’s daily routines entertaining and meaningful, and mobile will be a central part of that vision. For us, it’s the perfect fit,” D’Aloisio said in a statement.

Summly was contacted by SmartCompany this morning, but a reply was not available prior to publication.

Yahoo! said in its own statement the app provided some “rare insight” into how news gathering and reading can evolve.

“Mobile devices are shifting our daily routines, and users have changed not only what, but how much information they consume.”

“Yet most articles and web pages were formatted for browsing with mouse clicks. The ability to skim them on a phone or a tablet can be a real challenge — we want easier ways to identify what’s important to us.”

The young entrepreneur spent time in Australia as a child, thanks to his Australian parents. His mother currently works as a director in the company as well.

While D’Aloisio – who will work from Yahoo’s London office as part of the deal – is going to be receiving a fair amount of cash for his app, his goals are modest: a new pair of shoes and a computer after the deal is finalised, according to the London Evening Standard.

The deal is as much as a commentary Yahoo!’s new strategy as it is on Summly’s worth. Under Mayer’s direction, this is now the third mobile-based purchase the new chief executive has made since her appointment last year.

Mayer has also introduced a redesign of the Yahoo home page, attempting to transform all elements of the company to prove it can become a sustainable, leading brand in technology and news.