Hopes to see NBN rocket ahead after satellite launch 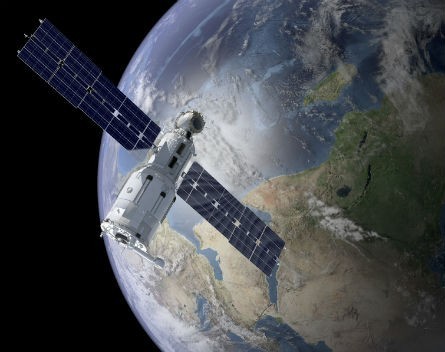 The “Rolls Royce” option of the NBN, a $500 million, 6400kg satellite, has been launched into space from South America.

Carrying much of the hopes of the National Broadband Network on its expensive shoulders, Sky Muster was launched on a rocket at about 6.30am this morning, as the Australian Financial Review reports.

The satellite is designed to provide broadband access to over 200,000 rural or remote Australians at a speed of 25 megabits per second, according to new communications minister Mitch Fifield.

The satellite successfully detached from the rocket about half an hour later and is now preparing to deploy solar panels. If all goes well with a series of tests, it will be connected to the NBN in the second half of next year.

A second satellite will also be launched early next year, while ten ground stations will be needed for support.

“It is a historic day,” Switkowski told the AFR.

Sky Muster is a very controversial aspect of the much-maligned NBN project. It was originally a Labor policy, with now-PM Malcolm Turnbull describing it as a pricy “Rolls Royce” option while in opposition.

Shadow communications minister Jason Clare has pointed out with glee that this was all Labor’s idea.

“Fortunately for rural and regional Australians, Labor signed the contracts for delivery of these satellites before the last election,” Clare told the ABC.

“As they say – better late than never.”

The satellites are still a very controversial subject though, with concerns that it’s too risky and that they won’t actually provide adequate internet to rural areas.