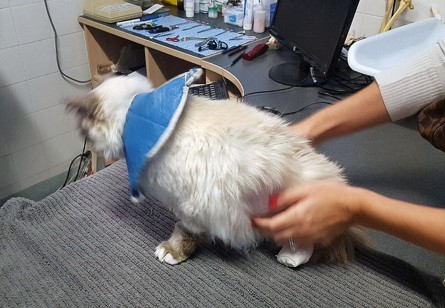 It was three days before Christmas on a Tuesday morning when UNSW entrepreneurship catalyst Joshua Flannery sent an “odd request” to a group of uni’s entrepreneurs.

Flannery’s friend Martin Orliac had received a message half-way through seeing the new Star Wars film saying that his beloved cat Mozart had fallen nearly 30 metres from their balcony.

After rushing out of the cinema to the hospital, Orliac found Mozart with two broken legs, and the vet describing it as a “miracle” he was still alive.

But he wouldn’t be able to walk for two months and Orliac didn’t want to enclose the poor animal in a small corner as the vet had suggested and an expensive wheelchair.

So he turned to the internet.

“These wheelchairs for pets are really expensive, ad hoc-type devices that cost dramatically more than for a human,” Orliac tells StartupSmart.

“But some people have been quite ingenious in making wheelchairs for cats.

“A guy in Israel made different parts through 3D printing and put them readily available online.

“It wouldn’t cost much and wouldn’t be that difficult, but I didn’t have a 3D printer.”

That was when he turned to Flannery, who in turn reached out to the wider student entrepreneur network.

And “within minutes” he had numerous responses and offers to help.

An enterprising 3D printer owner and UNSW student Viriya Chittasy pulled through and printed the various parts for Orliac and helped Mozart get back on his good feet.

“The cat started walking around with it,” Orliac says.

“He’s got a lot of strength back and is crawling around and jumping around.”

The recovery is going so well now that Mozart has even become “bored” of his new high-tech accessory.

“Now he’s back to jumping around like no-one’s business,” he says.

“It was important to be able to give back to our partners on a more personal level and it just shows that we have a really caring and valuable community of entrepreneurs around the university,” he says.