How long does it take for a web page to die? PC gone mad and the source of Tony Abbott’s woes: Best of the Web 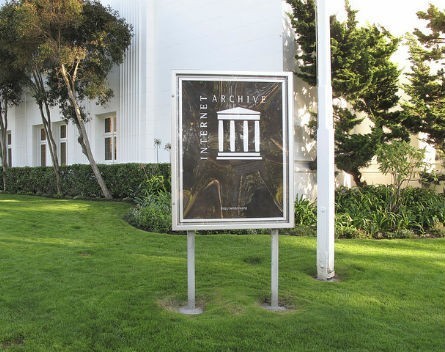 It might surprise you to learn the average life of a web page is about 100 days. In The New Yorker, Jill Lepore explores efforts to archive the internet. And preserve all of that history from being lost.

In 2006, David Cameron gave a speech in which he said that Google was democratizing the world, because “making more information available to more people” was providing “the power for anyone to hold to account those who in the past might have had a monopoly of power.” Seven years later, Britain’s Conservative Party scrubbed from its Web site ten years’ worth of Tory speeches, including that one. Last year, BuzzFeed deleted more than four thousand of its staff writers’ early posts, apparently because, as time passed, they looked stupider and stupider. Social media, public records, junk: in the end, everything goes.

That was the topic of an essay by Jonathan Chait in New York Magazine, who argues that speech policing, micro-aggressions, hashtag activism and the like, which he says emanates from the Left, hurts democracy as it makes people afraid to disagree. While some commentators wrote off Chait’s critique as the whining of a privileged out-of-touch man, over at Slate J. Bryan Lowder finds some truth in what he says.

…(it’s) undeniable that Chait has described a real thing in our cultural moment (the more honest responders have admitted that much) and, at least to my mind, some of what he observes about it is correct.

The problem with identity politics—in this particular manifestation, anyway—is that it assumes that just because a person claims a certain identity label, that person is necessarily empowered to be judge and jury on all issues pertaining to that category. The truth is, identity grants experience (and experience should be valued to a point); but it does not automatically grant wisdom, critical distance, or indeed, unassailable righteousness.

The source of Abbott’s woes

And finally Waleed Aly in The Age is worth a read regarding Prime Minister Tony Abbott’s woes.

The country never truly voted for an Abbott government, so much as against the debacle they’d been enduring.

That matters because it makes the governing bit much harder. It means Abbott never had much capital to begin with. His clearest mandate was to be someone other than Rudd or Gillard. Once that was fulfilled, Abbott had nowhere to go: nothing to do with his power.