Industry experts respond to the release of the Apple Watch 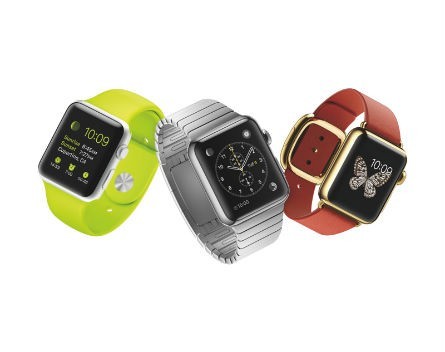 The Apple Watch will push wearable technology into the mainstream, according to a number of Australian mobile app developers.

The highly anticipated product was unveiled by Apple on Wednesday, alongside its new iPhones, the iPhone 6 and iPhone 6 Plus.

Fusemobile director Paul Coleman says Apple has a knack for taking nascent technology and then designing and marketing that technology better than its competitors.

“The announcement of the [Apple] Watch to us heralds the start of wearable technology entering the mainstream at a reasonable price point,” Coleman says.

“As the smartphone has overtaken a lot of the tasks performed by desktop PCs, we have a sneaky feeling that wearable technology will disrupt the market in a similar way, albeit over a shorter timeframe than it took the smartphone.

“As an indication of what may lie ahead, one study of smartphone users recorded that on average we unlock our gadgets more than 100 times a day. Internet analyst Mary Meeker estimates that as many as two-thirds of those uses could be handled with a wearable device.

“It’s an exciting time for disruptive startups with big ideas and software developers who embrace the new tools and opportunities available.”

Here are some thoughts from Australian developers on Apple’s latest round of announcements.

“Here’s how we at Buzinga intend to use the Apple Watch for our own apps. By leveraging the HealthKit we’ll be able to get a reading of; how long our users stand for, the amount of calories they burn, steps taken etc, and all the usual stuff.

“But most importantly – it turns movement into data. And for third party developers and disruptive startups this means we now know in greater detail what our users are doing.

“Understanding their behaviour unlocks a whole new world of customisation and ongoing improvement of our product.

“On the topic of wearables, in the broader definition including all smart watch brands, I believe Apple have a real advantage this time. They’ve always had a knack for reinventing markets and I believe they’ll do that here again.

“Scanning the competition (HTC, Samsung, Motorola, Pebble, etc.) it looks like Apple are the only ones meeting the real ‘needs’ of the consumer – a good looking watch with functionality that they will actually use.

“The developer rule of thumb still applies; build for iOS first and include other OS’s only if the demand is there.

“One thing’s for certain though; wearables is a whole new game. The way people will use them is different. New rules apply and at this stage it’s an even playing field. It’s an exciting opportunity for all of us working in this space.”

“Wearables will advance our lives by enabling the health sectors and fitness to be personalised, and to be able to control any electrical appliances comfortably from any device.

“I think it’s just a beginning of those sensors or new technology that can come in the future and expand functionality for wearables.

“I don’t think we’ll end up making more apps for wearables, it’s more an addition to an app that you have on mobile phone and to be able to control it from your wrist.”

“While iOS no longer enjoys the market dominance it once held, Apple is still by far the most influential player in the smartphone landscape. The simple functionality of Apple devices and their faithful legion of supporters is what drives this influence and can deliver widespread adoption of new technology into the mainstream – with exciting opportunities for app developers and in turn, Australian businesses.

“It’s for this reason that Australian businesses should focus their attention to finding ways to engage their customers on these new Apple platforms, whether it be the [Apple Watch] or iPhone 6.

“..NFC technology has been around for years without making significant impacts to everyday life, but the widespread global adoption of NFC enabled iPhones will spur a surge in development in the technology that is set to change the way we make payments, to how we interact with the physical world.

“As for the [Apple Watch], the wearable device will be more than just a smartwatch. It will be a new way to monitor health – a trend Apple kick-started a couple of months back with the launch of the Health app for users and HealthKit for developers. HealthKit provides developers with a great way to make data collected from their own apps and wearable devices more useful for the consumer.

“It is part of a large trend of centralising data and making it easily accessible and digestible for the consumer. For Australian businesses operating in the multimillion dollar health market – from fitness, to diet and healthcare – if you’re not tapping into these emerging technologies, you’ll be left behind.”

“With Apple watch it’s great to see Apple finally making a move on this, in true Apply style they have concentrated on the user interface and user experience.

“Apple Pay is a market leading move. The icing on the cake is the payment solution is in place from day one. Finally, a solid NFC solution from a major vendor with a twist.”