Inside the phenomenal rise of WeWork; Jessica Alba, the $1 billion entrepreneur; Financial crisis looms if politics curbs the G20: Best of the Web 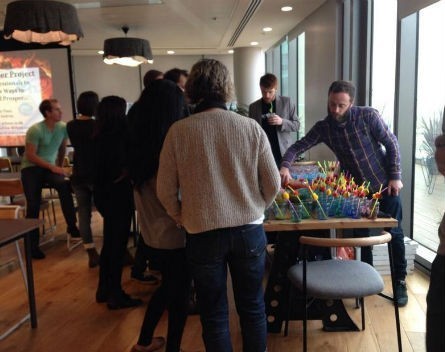 It might be an “upstart” that wants in on the office rental game, but WeWork now controls $US19.6 billion ($A22.5b) worth of office space in the United States.   Alex Konrad looks ‘Inside the phenomenal rise of WeWork’ in Forbes this week.

WeWork is the world’s market leader in the shared workspace industry.  Its first location four years ago was just 3000 square feet in New York with creaky floorboards and walls power-washed by its founders.

WeWork members freely acknowledge the space is scandalously priced per square foot: $350 a month for a desk and $650 per person for 64 square feet per office. But when WeWork opened its latest building in London’s South End, it was 80% full at launch and like the rest will be at near capacity in just a couple months. That’s because members can save hundreds per month when you factor in included services such as security, reception, broadband, printing–and fewer headaches.

Even Hollywood movie stars have to endure a few doubters when they set up a business, says Lindsay Blakely in Inc.

In ‘How Jessica Alba proved her doubters wrong’ she charts the success of Alba’s line of non-toxic household and baby products, The Honest Company, which is now valued at nearly $US1 billion.

“By the time we got into the room with VCs, it wasn’t that hard of a sell. We went in with a real plan of attack, a strong process, and smart people. By that point we had talked to so many people, having them try to poke holes in the idea. Because that is exactly what the VCs are going to do. Inevitably, they’re going to ask questions you can’t answer.” Alba says.

The G20 summit could be pivotal if the leaders choose to make it that way. The grouping includes most of the big Atlantic economies, Japan, and the big new industrial economies including China and India. The emerging agenda, it seems increasingly, is to stop the world economy sliding into depression. Two of its big engines, Japan and the euro zone, are slipping back into stagnation and deflation, with the European Central Bank about to follow the Bank of Japan into massive “quantitative easing”, i.e. printing money.