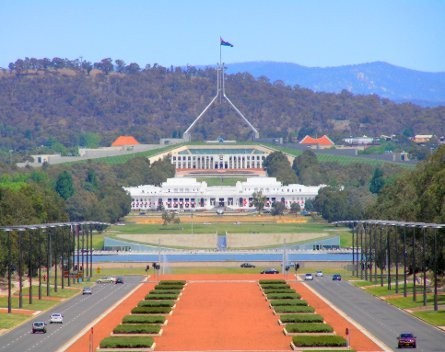 The federal government has wrapped up consultation with start-up stakeholders about their review of employee share scheme options and left many community leaders both reassured and concerned about the future of the problematic legislation.

The review is exploring better ways to tax employee share schemes. Under the current rules introduced in 2009, shares offered to employees as part of their remuneration are taxed when they’re awarded, rather than later, making it harder for cash-strapped early-stage companies to offer competitive pay packages to attract talent.

Steve Baxter attended a private session with ATO and Treasury officials and external consultants as a board member for StartupAus, a not-for-profit group to advance the Australian start-up ecosystem.

He told StartupSmart he was heartened by the fact the government recognises change is needed but it’s not going to be an easy reform to get right.

“One of their key goals was to get visibility on the issue, to wrap their arms around it before they recommend any changes,” Baxter says. “It’s good they want to understand start-ups, but I’m not saying they do.”

Baxter says they were hoping to impress upon Treasury that a change wouldn’t lose the government money, it would simply be deferred.

“We know from 2009 that the changes didn’t work. Start-up people couldn’t afford to do pay tax on share options producing no cash so they didn’t do it and the industry stalled. It had a marked effect,” he says.

Baxter says he was alarmed when a government official equated $50,000 in employee share options to $50,000 in income.

“They don’t understand our end of town if they think share options equals salary. That comment is rubbish because we all know you can’t use options to buy bread,” he says.

Baxter says a major challenge for both sides of the discussion will be ensuring the government genuinely understands start-ups.

Baxter, a serial entrepreneur who has invested in 13 start-ups, reiterated his belief that the answer to this issue isn’t more rules or tighter definitions of start-ups.

“The easiest way to fix this, tax the companies right at the end, won’t be done because it’s political dynamite, as other side will shout about supporting the big end of town and it’ll be poison for voters,” he says.

Yasser El-Ansary is the chief executive of AVCAL, the peak body for private equity and venture capital. He attended the first consultation session in Sydney and agrees there is a communication challenge ahead for the start-up community.

“There is a recognition that start-up businesses do operate in a fundamentally different way to other more established businesses. But this is an opportunity to spell out for the government precisely how these businesses are different,” he says.

El-Ansary told StartupSmart the consultation so far had been productive and the government’s understanding of start-ups was good and growing.

He adds much of the debate at the consultation session he attended revolved around whether the government should focus on reversing the 2009 legislation that caused the employee share scheme issues or if it would be more appropriate to look at a broader range of reforms targeted at start-ups.

The chairman of the Australian Association of Angel Investors, Jordan Green, attended one of the Melbourne consultation sessions, which he described as frustrating.

He told StartupSmart immediately after the session the government was overly reliant on large companies such as Google and Pricewaterhouse Coopers to aggregate feedback from tiny companies and translate the issues fledgling companies struggle with for them.

“The government is one of the largest organisations in Australia. So they do not and very likely cannot understand the challenges facing Australia’s smallest businesses, especially those that grow at the rate a start-up can,” he says.

Green adds the government needs to resolve the employee share scheme issue if they want the employment and tax returns of a flourishing start-up ecosystem.

“Just like a good angel investment relationship, good start-ups thrive on alignment. Employee shares are a part of that,” Green says.

Pollenizer co-founder Mick Liubinskas has been lobbying the government for years. He worked with the government to establish the framing for the consultation session process.

Liubinskas told StartupSmart he believed the government can fix the issue.

“We started on the point that we all agreed something needed to be done and had a really good discussion around how what start-ups lack most is clarity,” Liubinskas says.

Any solution will include a point at which companies are required to pay tax on their share options.

Liubinskas says start-up representatives want a “bright white line” so it would be abundantly clear to start-up share option owners when they need to pay.

“The government said they needed the solution to be revenue neutral,” he says. “And understandably, they want to protect against CEOs of companies like BHP getting $1 million in options and not getting taxed until capital gains.”