Internet for all remains an impossible dream, no matter what Jimmy Wales says 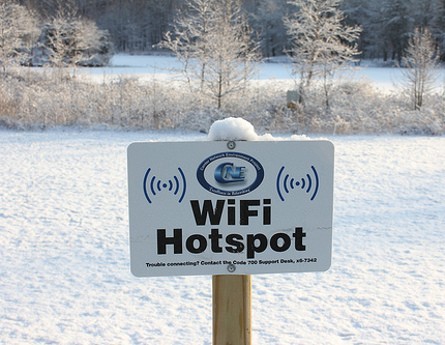 From satellites, to autonomous solar-powered drones, or balloons, there have been plenty of ideas recently on how to connect up the world. Facebook, Google, large international organisations, national governments, even Bono, have laid out ideas of a near future in which we are all hooked into the network.

In the midst of all of this Wikipedia founder Jimmy Wales, who is speaking at the IP Expo in London, recently made an interesting comment:

This hope – the inevitability of the world becoming an internet-connected society – is one that is widely repeated by other technologists, other policy makers and other thought leaders. However, hopes are one thing; how might this come about in reality? There are two ways in which this hypothetical future of universal, ubiquitous access to the internet could be brought about.

The first is a world where everyone can afford access. Affordability is obviously key, but as we demonstrated in our research about the costs of broadband worldwide it’s unlikely that just dropping prices will be sufficient.

There will remain as there are now billions of people making only a subsistence living, for whom even the cheapest internet access is unaffordable. The average worker in Ethiopia, for example, would need to spend more than one month’s salary to pay for even a very cheap broadband subscription.

Groups such as the Alliance for Affordable Internet, which seek to increase the availability of and access to internet through market competition, will ultimately have little to offer those in extreme poverty. So Jimmy Wales’ prediction will not come to fruition solely by relying on the market.

The second future is the one promoted by large technology firms such as Facebook and Google. Through Internet.org (led by Facebook) and Free Zone (led by Google), users on select mobile networks get access to zero-cost internet access.

But there is actually a cost to those services. In exchange for free access, a very limited Internet is provided to users: locking users into services from, or those allowed by, the likes of Facebook and Google. So while Facebook CEO Mark Zuckerberg may assert that connectivity is a human right, he seems to be referring only to the sort of connectivity that pushes users into the advert-driven business model of Facebook.

It’s these sorts of strategies that will bring about a very different sort of internet: one where winners and losers, centres and peripheries, are already pre-selected by the organisations that control how you access the network. In much the same way that food aid as a development strategy harmed local farmers and markets in Africa, “connectivity aid” could similarly destroy the evolution of local content, local innovation and local alternatives.

What this means is that ultimately it’s unlikely that ubiquitous access to the open web will arrive in the near future. Simply lowering the cost of access will continue to leave out the very poorest. Whereas relying on the altruism of large technology firms will only introduce new digital divides between those with access to an open web, and those locked into the informational diet fed to them by a few gatekeepers.

If we want to get closer to Jimmy Wales’ vision, we need to think beyond both telecommunications markets and corporate altruism. A world in which everyone is connected isn’t inconceivable, but we’ll need new global strategies not pushed by organisations with ulterior motives and some more ambitious visions if we want to get there.