Internet of Things is next big thing: How startups can benefit 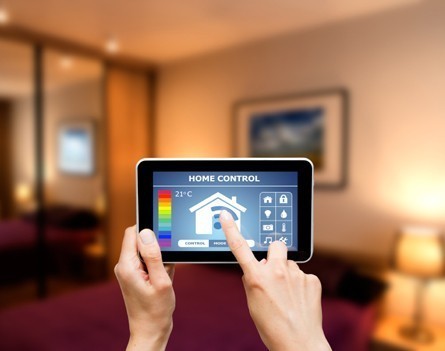 A new study has found that the Internet of Things (IoT) in the home market is set to boom in Australia, as a whole host of startups look to capitalise on this growing trend in consumer goods.

The study by tech analyst firm Telsyte finds the Australian IoT home market is set to grow by almost 11 times to $3.2 billion by 2019. It also says that by then the average household will have 24 internet-connected devices, up from nine this year.

Telsyte senior analyst Steven Noble says much of this growth will be naturally as products evolve and incorporate the internet.

“While long mooted, the internet-enabled ‘whitegood’ will finally become the norm, as most manufacturers – aided by the lower cost of micro-processing – build wireless internet connectivity into most of their products,” Noble says.

There is much room for startups to take advantage of in this market, Noble says.

Here are some major takeaways from the study for startups in Australia:

While once almost a novelty expensive product, home appliances being integrated with the internet is fast becoming the usual thing, according to Noble.

“We’re on the cusp of a boom, and IoT at home will become normalised in most homes,” Noble says. “The IoT will be backed into ordinary products by default.”

“It’s something ordinary people will be able to get started on without massive investments or big personal commitments. It’ll just be a natural aspect.”

As IoT products become more mainstream, time is running out for startups to take advantage of this trend, Noble says.

“This is an opportune area for startups, but the best time for a startup to get involved would be yesterday,” he says.

Smart lifestyle is set to boom

Smart lifestyle services are set to be the fastest growing and most lucrative area of home IoT, according the study.

Including appliances and gardening, the sector is expected to be worth $1.2 billion by 2019.

According to Noble, much of this growth is because of many companies are integrating the internet into their already existing products.

“Companies not traditionally in the technology market ranging from Ikea to Breville are starting to unveil their IoT plans.”

It comes as Samsung has pledged to connect 100% of its new products to the internet by 2020.

There are many Australian startups offering smart lifestyle services, including LEAPIN Digital Keys, allowing users to control locks from their smartphone.

The study says smart hubs will have an expected market size of $64 million by 2019, due mostly to many customers getting a hub automatically when they buy a product like the Apple TV.

This makes it a tricky area for startups, Noble says.

“The majority of users will get it for free, they’re maybe not thinking about smart home automation, they just connect a TV and the bonus is a simple smartphone hub,” he says.

“You used to have to understand it all and want it, now you just get it for free automatically.

“Unless you’ve got something really special, now is the wrong time to launch a smart home hub because people are going to be given one for free.”

One Australian startup offering a new take on the smart home hub is Oomi, which unlike many other startups, is taking the smartphone out of the equation.

The startup has its own remote, the Oomi Touch, which can control the accessories, as well as the home entertainment system.

Smart home security systems are also on the rise

Many Australian startups are already entrenched in the IoT home security market, with the Sydney-based Homeboy leading the way.

The startup has won numerous prizes already and bills itself as an accessible alternative for online home security.

The Telslyte report says that global giants like Google getting involved in this field with the Nest camera monitoring solution will mean the adoption rates will skyrocket.

Startups need to keep ahead of the big players

With big players like Samsung getting on board with the IoT in homes, startups need to keep innovating and coming up with new ideas, Noble says.

“They need to be in the right place at the right time,” he says.

“There are still opportunities for startups, they can come in and do things that the big guys haven’t thought of yet,” Noble says.

“There’s some other space that the big guys aren’t thinking of, and startups can get the future advantage there.”