iPhone 6 a good size for big pockets, Apple Watch can measure time…sort of 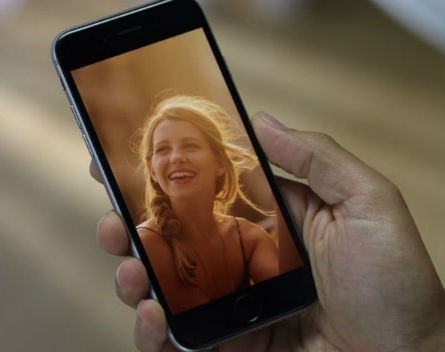 Apple’s announcement contained few surprises, with Tim Cook showing Apple wants to stay the steady path, rather than take a gamble and risk shaking up the industry (and their stock price) by showing off a new iPhone 6 along with the iPhone 6 Plus (featuring a much larger screen), as well as the quite predictable, but hotly anticipated announcement of the Apple Watch.

Good news for people with big pockets, at 4.7 and 5.5 inches respectively, the iPhone 6 and iPhone 6 Plus come with Apple’s biggest screen size for iPhones to date, whilst also being the thinnest.

With respective displays of 1334 x 750 px and 1920 x 1080 px, these devices seek to truly bring the joys of media on-the-go to the masses by offering wider-angle viewing and a better polariser, so people can huddle around one device and watch countless cat videos together at the beach.

With an improved processor chip, Apple claims the usual “faster for longer” (as they do for every new iteration of the iPhone) but, as usual, that remains to be seen. With the changes to the ways apps can now interoperate — with apps able to communicate and send documents between themselves, allow photo editing on the device, and allow widgets in the “Today” calendar screens — it will be interesting to see if the 10+ hour timeframes when doing more intensive activity, such as WiFi and LTE/4G browsing, are what people really experience.

The M8 motion processor offloads the information from the accelerometer, compass, and gyroscope, meaning more accurate data are recorded for fitness apps. The M8 also includes a barometer, so you can now discover how high you are. Notably missing is a thermometer, so you can’t stick it under your arm to tell if you’re sick, or point it at food to measure how hot it is. You dropped the ball on this one, Apple.

“Metal” is meant to bring console-style gaming to the iPhone by allowing the CPU and GPU to work together to allow complex visual effects and graphical improvements, a lot like actual consoles, which are much cheaper and contain a better library of games than the App Store.

As a gamer myself, this is truly exciting, but looking at the App Store and the way it operates currently, I can’t help but think it’s just going to bring us more colourful Candy Crush and photorealistic Flappy Bird clones.

The camera has been improved, and at 60 fps and 1080p high definition (or 240 fps at 720p) for slow motion, those cat videos have never been more exciting. There is also a tonne of improvements to features, such as autostabilisation, exposure control and improved facial detection — taking selfies to whole new levels of brilliance.

But enough about the iPhone. People are at the end of their contracts for the iPhone 5, which after years of being scratched by keys, dropped on trams, and hurled across the room after getting three for the fourth time in a row on Flappy Bird, aren’t looking so nice and shiny, so people are going to buy it in droves, like always. The more interesting announcement is the Apple Watch.

Each has the same functionality, and Apple makes a big deal about these being accurate time measurement devices, which is pretty important for a watch.

Although it is a touch interface device, Apple has rather smartly designed the interface around the crown, otherwise known as the little winder you find on the side of old-timey watches.

It allows you to zoom, scroll and select without smooshing your dirty fingers all over the beautiful retina screen, although you can tap the screen if and when you need to.

Being on your wrist, you can feel all James Bondy when you take a call from your boss asking why you’re late to work, which is especially disappointing considering you’ve got a cool Apple Watch which is accurate to 50 microseconds.

When receiving notifications with a subtle tap from the device, which sounds like it will be fun for all of an hour until your wrist gets hammered from every single push notification from SMS/Facebook/Twitter/Snapchat/Instagram/Tinder/every game app you’ve ever installed.

The biggest selling point of the Apple Watch is the way it tracks your daily exercise activity. The Activity App neatly shows you how many times you’ve stood up to take a break, how many minutes activity you’ve done at a brisk walk or above, and how many calories you’ve burned throughout your movements. The Workout App shows more data, and can be set to track goals, achievements, and even bug you when you’ve been on the turps and have a hangover and are too lazy to go to the gym today.

Lastly, the Apple Watch features Apple Pay. This is also incorporated into the iPhone 6, but it’s not nearly as exciting as being able to tap your watch and pay for items in a store. I’m sure it will feel almost like shoplifting, until you get your credit card bill. I also expect a lot of these watches will be targeted by pickpockets and muggers, but hopefully Apple have included some kind of thumbprint analysis antitheft software, which is as powerful as the anti-hacking software they include for iCloud.

Julian Cram is a product manager at Appster with 17 years in development experience.