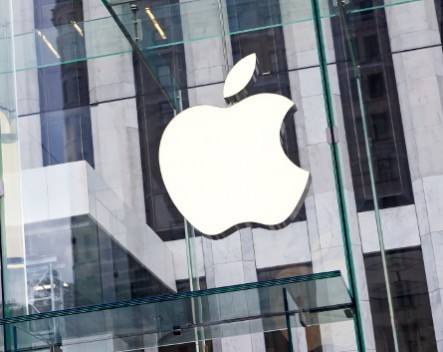 Tech giant Apple has filed a patent for a “ring computing device” in the United States just months after the launch of its Apple Watch.

The patent has sent the tech community abuzz as wearable technology is tipped to become one of the big growth areas in the near future.

Apple’s proposed smartring includes a “mounted touchscreen” along with a wireless receiver and rechargeable power source.

It is designed to be used with an external electronic device, much like the Apple Watch.

The ring is able to be controlled through voice commands and in some versions includes a “biometric sensor” in order to transmit personal data such as a person’s heart rate.

Apple says it has filed the patent because it believes current touch-sensitive surfaces for computers and other devices can become “cumbersome, inconvenient, or inefficient” for certain tasks.

Danny Gorog, director of Outware Mobile, told SmartCompany consumers and business owners can expect to see the development of wearable technology grow “very quickly” over the next three or so years.

However, he points out that one of the big barriers for wearable technology is social acceptance.

This is where a potential Apple smartring is interesting, Gorog says, because it is incorporating technology with a type of jewellery that is far less bulky than the Apple Watch.

“There is no doubt wearables are coming,” Gorog says.

“The Apple Watch has always been a hit and even today Windows launched a new HoloLens. The question is whether people are comfortable wearing one. But Apple obviously has a lot of stuff in the labs all the time and not all of it sees the light of day.”

Guy Cooper, managing director of Wave Digital, agrees that the success of any potential smartring released by Apple will hinge on whether or not people will be willing to wear a smartphone on the finger.

“We saw with Google Glass how it was a pretty amazing technology but it possibly hasn’t had a wide adoption yet in its current form,” Cooper told SmartCompany.

“It comes down to social acceptance and I think it will be probably a similar story for other devices. I think we will absolutely in the future see a lot more technology integrated into what we wear and even into us as humans – so we’re definitely heading in that direction.”

“But one of the big barriers is the social acceptance side and they need that early adopter crowd to get onboard. If it builds hype in those early adopters and it spreads then it will spread to the main market.”