Is Bitcoin one big Ponzi scheme? iPhone separation anxiety; and Teju Cole on Charlie Hebdo: Best of the Web 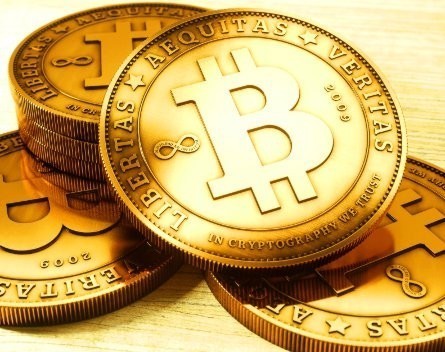 A lot has been written about the collapse of bitcoin in the last week as the price drops below $US200 ($A243) for the first time since 2013.

It’s been quite a ride for bitcoin investors, who saw the price peak at around $US1100. Matt O’Brien at The Washington Post says that while one day bitcoin could be more, and its underlying technology could be revolutionary, it’s not there yet.

O’Brien argues that bitcoin’s price has been tumbling over the past year because it currently “has no inherent value”. In addition, the amount of money bitcoin miners have borrowed to purchase the sophisticated and expensive required hardware to confirm bitcoin transactions is having a negative impact on the price of bitcoin.

Despite companies trying to get free PR by saying they’ll accept it, almost nobody uses it to buy anything other than drugs. Second, though, is a problem that’s all too familiar to anyone who tried flipping condos in Miami ten years ago. Bitcoin miners, you see, borrowed money—and real money, as in dollars—that they could only pay back if Bitcoin prices kept rising, or at least didn’t fall this much.

But all that borrowing hasn’t paid off now that Bitcoin prices are free falling. In fact, it’s part of the reason that they’re doing so. Bitcoin prices are so low, you see, that miners are spending more money running their supercomputers than they’re making from new coins. So why are they still going? Well, they have dollar debts that they need to pay back, and where else are they going to get the money? They’re stuck, in other words, in a catch-22: they can’t afford to keep mining, but they can’t afford to stop mining, either. (This, coincidentally, is the same dilemma that oil drillers who borrowed a lot during the boom face now during the bust).

Just like Gollum and his ring, iPhone owners can experience “physiological anxiety” and “poor cognitive performance” when separated from their smartphones, Damon Beres at the Huffington Post reports.

The findings come from a study by the University of Missouri that recruited 40 iPhones users on which they ran multiple experiments.

In light of the results, researchers suggested that “iPhone users avoid parting with their phones during daily situations that involve a great deal of attention”, saying that being apart from the device can make individuals feel “a lessening of ‘self’.”

And finally, Teju Cole over at the New Yorker has one of the more nuanced pieces on Charlie Hebdo out there on the web.

“A tone of genuine puzzlement always seems to accompany terrorist attacks in the centers of Western power. Why have they visited violent horror on our peaceful societies? Why do they kill when we don’t? A widely shared illustration, by Lucille Clerc, of a broken pencil regenerating itself as two sharpened pencils, was typical. The message was clear, as it was with the hashtag #jesuischarlie: that what is at stake is not merely the right of people to draw what they wish but that, in the wake of the murders, what they drew should be celebrated and disseminated.

“But it is possible to defend the right to obscene and racist speech without promoting or sponsoring the content of that speech. It is possible to approve of sacrilege without endorsing racism. And it is possible to consider Islamophobia immoral without wishing it illegal. Moments of grief neither rob us of our complexity nor absolve us of the responsibility of making distinctions.”