Is Bruce Billson Australia’s most powerful Small Business Minister ever? 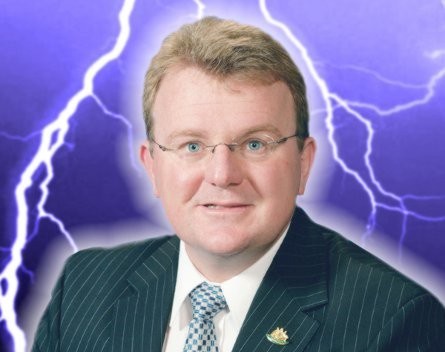 The country’s Small Business Minister seems to have been given more authority than his predecessors when it comes to implementing government policy, having already warned the ATO to lay off independent contractors.

While Bruce Billson didn’t go so far as to say he had been given a stronger mandate by Prime Minister Tony Abbott, he told SmartCompany his task was “very clear”.

He also says the government will soon begin implementing its policy regarding a mandate for business experience on government bodies.

“My task is to implement the small business policy that we took to the election, and that means operating across various names and agencies,” he says.

“My task has been very clear. The Prime Minister has been very direct in ensuring my focus is on supporting small business and family enterprises, and enterprises generally, and focusing on wherever work can be done to bring about change there.”

Billson made headlines yesterday after he said the ATO had been warned, along with Fair Work, to lay off independent contractors and the self-employed.

Specifically, he referenced ATO activity whereby enterprises and individuals have had their ABNs cancelled with little avenue for appeal.

The comments were unusual. Small business ministers have rarely been given such authority to speak out in public, let alone instruct an entire department. This makes Billson’s appointment a likely representation of how the new government will treat small business, giving him much more authority.

The fact small business is now within the Treasury department speaks volumes about how this type of warning could be expected over the next three years.

The fact the small business portfolio is the only responsibility given to Bruce Billson is telling. Previous ministers have been distracted by other responsibilities – most recently Gary Gray was also in charge of the huge portfolios of both tourism and resources.

Billson says the government is also moving quickly on another one of its promises – the pledge to have small business expertise on government boards, including the Board of Taxation.

“We’re keen to ensure small business experience, insights and expertise is brought to these boards,” he says.

“We’re very keen to ensure those bodies and the analysis they undertake, and the decisions and systems that are implemented, include a practical, day-to-day understanding of the challenges of running a small business.”