Lessons from Israel: How a potent start-up superpower was launched 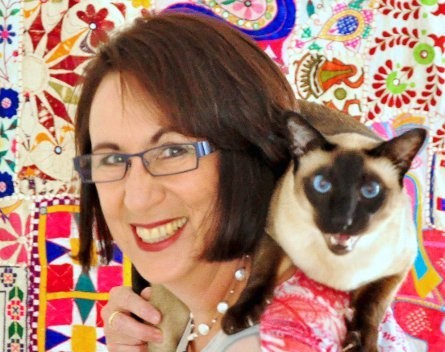 Israel’s start-up sector was catapulted ahead of the pack by focused government funding policies and a culture that embraces disruption, according to an Israel-based innovation specialist.

According to an infographic about the hottest start-up ecosystems, recently released by accounting software platform Intuit, Tel Aviv came in second after Silicon Valley. Sydney ranked 12th and Melbourne 18th.

Janet Sernack, a serial entrepreneur from Australia now based in Israel, will be presenting a session on how to innovate like Israel at Creative Innovation Asia Pacific 2013 Conference in Melbourne in November.

According to data-tracking resource hub OECD Observer, Israel has the highest gross expenditure on research and development, and more venture capital as a share of GDP than any other country.

Sernack says while Israel and Australia are very different, the commitment to pursuing and backing innovation was something any country could implement.

“While the cultural attributes may be different, everyone can create the desired culture and conditions for innovation to occur. They just need to be competent and courageous, to be willing to be disruptive, provocative and challenge convention,” she says.

Sernack says Israel’s focus on knowledge and tech start-ups was shaped by its geographical location.

“When they really started developing start-ups here, they couldn’t export to the neighbourhood who weren’t friendly, so they needed small things to export and the smallest and most efficient thing is knowledge,” she says.

The Israeli government has fuelled this burgeoning innovative culture with a series of policies to support the start-up sector.

Australian entrepreneurial mentors have been promoting the incubator seed funding model as a plausible option for Australia for some time now.

Israeli start-ups that graduate from any of the 24 government-approved incubators can apply for five to one funding from the government. For example, if a start-up raised $20,000, they would be eligible to apply for $100,000 in government backing.

“Israel is a hive and hub of entrepreneurship. What really drives the innovation here is the collision of necessity with possibility,” Sernack says. “The whole nation is constantly asking where we can go and what can we create.”

Sernack says Australia faces significant cultural challenges to creating a booming start-up ecosystem that can compete at a global level.

“There needs to be some sort of jolt to the community,” she says. “Australia suffers from the same malaise the rest of the world suffers from. Their approach to innovation is very conventional.”

Sernack says this issue is most clearly seen in larger corporations and the government.

“There has been a cultural epidemic caused by the last 20 years of organisational development consultants, like my former self, in promoting what we call a constructive culture without even mentioning where innovation sits, or encouraging people to rethink debate and challenge,” she says.

Sernack says that in Australia, debate, disruption and challenging ideas are still seen as aggressive and oppositional.

“Real innovation is a disruptive, systemic process. It’s an emergent process, it’s an iterative process. Organisations and schools need to encourage questioning and discussion, rather than just buy in.”

She adds that while the government needs to be conventional on many issues, the upcoming election offers a rich opportunity to recreate the national conversation.