It is not clear who won in the Dallas Buyers Club LLC court case and was it moot? 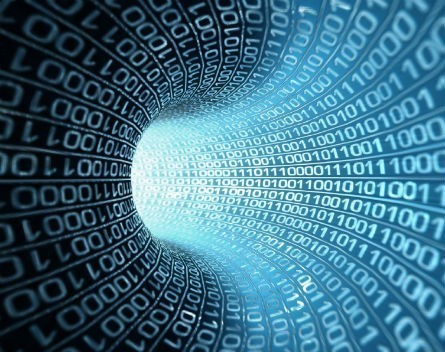 There will be thousands of Australians who are now concerned about the prospect of receiving lawyers letters accusing them of downloading the movie the Dallas Buyers Club in April or May of 2014.

The Australian Federal Court has ruled that a group of Australian Internet Service Providers (ISPs) will have to hand over the identities of some 4,726 of their customers. The ISPs involved were Dodo, Internode, Amnet Broadband, Adam Internet and Wideband Networks. Strangely, customers of the major ISPs Telstra, Optus and TPG were unaffected by this ruling and it is not clear why these particular companies have been spared (so far).

The Dallas Buyers Club LLC who have brought the action to the courts, used technology from German company Maverickeye to detect people who had participated in sharing the film between April 2 to May 27, 2014.

The technology to detect the downloaders worked by participating in the process of torrenting a particular movie file. Torrenting works by every computer being able to share bits of a file between them. As soon as a computer has downloaded a bit of a file, it then (usually) makes it available for other computers to upload. The software from Maverickeye simply took part in this process and recorded the IP address of every computer that was willing to share, or upload, parts of the movie.

Technically, those downloaders who had switched off the upload feature of their BitTorrent software would not have been of interest to the Dallas Buyers Club LLC. They were apparently only interested in those customers how had “made the film available online to other persons; electronically transmitted the film to other persons; and made copies of the whole or a substantial part of the film”

The tactics of the Dallas Buyers Club LLC have been strange to say the least. For a start, the number of infringers that they are pursuing is relatively small. They avoided customers of the major ISPs like Telstra, Optus and TPG. There has been a long held belief that if you want to avoid infringement notices from downloading, it was best to be with one of these ISPs rather than the smaller ones that could be pushed around. The Federal Court judge Justice Perram ruled that Dallas Buyers Club LLC will have to pay the ISPs legal costs and also the costs of providing the customer information.

But most importantly, any letter that the Dallas Buyers Club LLC wants to send to customers will need to be reviewed by the court. This is very significant because the judge is seeking to avoid what is called “speculative invoicing”. This is where a company sends a threatening letter which asks the customer for a large amount of money instead of taking the matter to court. iiNet has argued that the cost of the download to the film owners is of the order of $10 but as in other cases, the Dallas Buyers Club LLC are likely to want to go for fines in the hundreds of dollars. The exact price will be set by the judge and of course this is likely to dampen the overall amount of money it gets from the exercise.

Taking these points into consideration, it is hard to see what Voltage Pictures, the owners of the film, will have gained by this entire process. If the fines are insubstantial, they will not serve as any form of deterrent for future torrents and in any event, Voltage Pictures does not have any particular interest in the more general issue of people torrenting content.

In any event, with the introduction of streaming services like Netflix in Australia, it is likely that torrenting is going to become less of an issue which is what downloaders have been arguing all along. Once the movie industry actually provides a country with a reasonably priced and easily accessed service, the need to obtain content without paying goes away. In the meantime however, they seem intent on creating their own live theatre through the Australian courts.