It’s time for the government to step up and startup 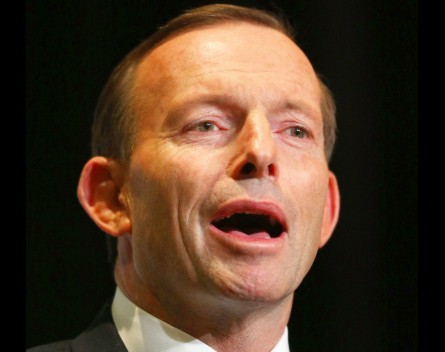 It’s easy to understand why most people believed this internet thing was a bit of a hoax. After a major amount of hype in the mid-1990s (when most normal people connected to the internet) we were showered in promises of an impending technology utopia.

You’d be able to press a button and order the shirt your favourite actor was wearing on TV. You’d be able get a coffee delivered to your door in five minutes through Kozmo. A whole heap of ideas, many of which are now happening, were not delivered upon then. The ideas and concepts were simply well ahead of the technology curve.

It took us a good 20 years to build the tools of possibility. It was, in many ways, like the flying car promises provided in the 1950s. And after the dot com bust in 2000, the naysayers got their wish, and went back to business as usual.

They had their ‘I told you so’ moment of vindication, even if it was temporary. The same people missed most of the opportunity in the next phase of the social web and the amazing growth and disruption that went with it. Some in powerful industries got marginalised; some went out of business for ever.

This ain’t no sideshow

Turns out this web thing wasn’t just a sideshow. It’s the main play. And if anyone out there has any doubts about how big this economic shift is, here are two simple hard-nosed economic facts that tell the story so far:

1. Half of the Fortune 500 companies have been replaced by tech companies in the past 10 years.

2. The top 10 dot com companies in the USA stock exchanges alone have a market capitalisation of over $1.5 trillion.

So now that we are 20 years or so deep into this internet thing, what have we got at our disposal?

Have a quick look at the apps you use daily and you’ll see that most of these life-changing services didn’t exist 10 years ago. This is very, very different to the industrial world (culture and commerce) that we have lived in for the past 200 years.

Everything is up for grabs, but what is vital is that we create an environment where it can be obtained. And increasingly, large parts of this requirement are falling upon our governments.

And I don’t mean the government creating the services, but providing the infrastructure and policy which is suited to a technology-driven economy. It’s time for the Australian government in particular to step up.

A government with its head in the sand

The Australian government, via the ATO, recently released an 11-point policy guidance on how it sees crypto-currency bitcoin. This is a good simple summary of it here.

I was absolutely flummoxed to read that the ATO has ruled that bitcoin is not a currency. Well, if it has four legs and barks, it is probably a dog.

And that is exactly the point with the technology revolution we are living through. It doesn’t matter what people say or want, the technology has its own agenda, and much of it is borderless. It can’t be contained or controlled by a government.

Yet at this point many of the policies we are doing business under are an outdated relic of the industrial era. We have countless regulatory examples of old world thinking, from the NBN, to renewable energy targets, to copyright law, you name it.

And this attitude is increasingly stifling the potential for economic and jobs growth – which also happen to be, ironically, the government’s two favourite things. They need to start governing for the world we are in, rather than one they want to concoct.

There are essentially two types of government policy related to technology:

The latter of the two is invalid. And the reason it is invalid is that we entering an era of technology which is global. Innovations can’t be contained in a country, and it is often impossible to determine where the transaction takes place.

In these cases all the innovation and associated revenue will go overseas when false boundaries are erected. Our government is stifling the very economic growth engines of tomorrow with a protectionist attitude.

Instead of saving the jobs of today, they’d be far better off facilitating the growth of the jobs of tomorrow. I often wonder what could have been achieved with the $550 million per year (over the past six years) the government invested in Australian car manufacturing (all those car makers are now leaving the country anyway) was redirected into new industries like 3D printing, Internet of Things technology or drone development?

In fact, any kind of startup ecosystem at all would benefit so greatly from such an investment that we’d reap the profits for generations.

Everything is changing around us forever. Our infrastructure is being redesigned for the new world.

While our government continues to flounder we need local entrepreneurs willing to push the boundaries regardless of the regulations and the lack of support from those who are meant to be representing us.

It means, as entrepreneurs, we need to take risks that are beyond financial, and possibly even regulatory. Yes, pushing legal boundaries to force the future which is inevitable. We know for sure the only way our government will recognise the change is when it is too late, so it’s up to us.

We need to step up and fill the void to create the future we know is coming. They won’t change without an uprising of sorts – so let’s rise together.

Steve Sammartino is  is a Startup Coach for Pollenizer. Steve has had foour startups with two successful exits. This story originally appeared on Pollenizer blog.