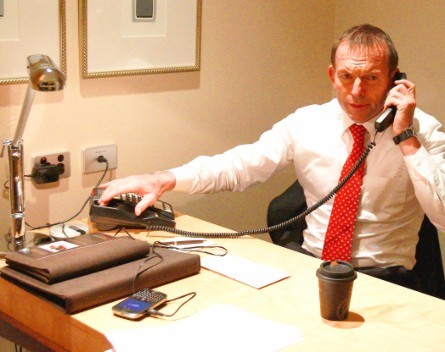 It shouldn’t be up to Australian startups to get politicians interested in the startup industry, according to Nitro founder and chief executive officer Sam Chandler.

With Alex Greenwich MP, an independent in the NSW state parliament, announcing today he will be based out of Fishburners co-working space in Sydney for the next few weeks, StartupSmart asked a few influential startup industry figures how to get more politicians interested in the startup industry.

“Voters like jobs and the technology industry will create more jobs than any other in the coming decades. Any politician who doesn’t realise the importance of the technology economy doesn’t understand the world around them.

“Politicians who seek to understand the importance of the startup ecosystem and drive policy accordingly will be rewarded by their constituents. On the other hand, those who miss the opportunity to support sustainable high-value job creation in a post-mining boom era will have shorter careers.

“I think the better question is, ‘What can the government do to better engage with startups and the broader technology industry?’ The nation’s unemployment rate will depend on that question. Over the next several decades, the votes will be on the side of those politicians who got smart.”

“In order for our government to better understand and formulate a package of pro-entrepreneurship and pro-angel investing reforms to revitalise the Australian economy, it makes perfect sense for our MPs to fully immerse themselves in our community.

“Being based in Fishburners will enable Mr Greenwich to see first-hand what is required to support and promote high growth startup businesses in Australia. It’s a great opportunity for the startup community to get him excited about startups.

“In the UK, a country which has wholeheartedly supported entrepreneurs with tax and economic reforms over the last 5 years, members of the entrepreneurial community and MPs frequently collaborate, and there are even regular events at the Houses of Parliament.”

“Alex Greenwich wants to represent the interests of his constituents as best he can, and he represents an electorate that includes the densest population of startups and associated services in Australia. He has the additional flexibility of being an independent, meaning he only has to concern himself with his electorate, and not the needs of his party.

“The startup industry has trouble getting mindshare at a Federal level because the problems we face aren’t on the radar at a Federal electorate level. When the national focus is concerned with the “immediate impact of changes to taxes, healthcare, education and jobs it can be hard to get it refocused on actions that could impact the growth of the economy in five or ten years’ time.

“Everybody knows our economy is going to slow with the downturn in demand for our mining sector output. That has to impact unemployment figures, and that’s always in the top three issues federally. That might be the best opportunity to make a case for our industry at a Federal level.

“In the meantime, we’d welcome Federal parliamentary members and their advisors to spend a day at BlueChilli — the best way to understand the tech startup industry is to experience it, even just for a day. No media circus, no reflective vests and hard hats, just real innovation and jobs-growth potential.”

“It’s tough because the government tends to get confused when it comes to the terms ‘digital’ and ‘startups’.

“The word ‘startup’ gets confused with SME. So every time the government comes up with a startup package, it’s broadened to include your local fish and chip shop. While ‘digital’ gets watered down to include all these businesses that aren’t high growth.

“There are some politicians aware of the issues, like Malcolm Turnbull, who are going to make changes.

“But I think it’s an education issue. Most politicians still don’t really get it, and you can see it in the language when they talk about startups. What will help are the success stories and the good thing is that there are a lot of really amazing companies coming out of Australia.”