It’s time to educate our politicians about tech 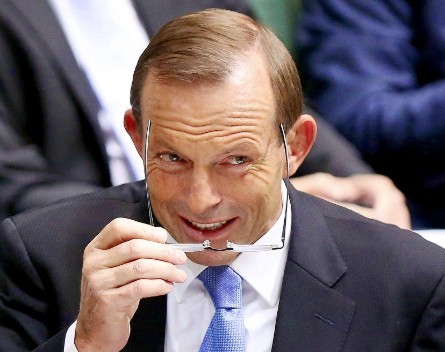 In mid-2003 I put an employment ad online for two computer technicians. I was expecting a healthy response as it was the depths of the computer industry’s depression following the tech wreck two years earlier.

A healthy response is what I got. Two thousand job applications came in; it took me a week to wade through them.

I was reminded of that story with the federal government’s recent thought bubble requiring those on unemployment benefits to apply for 40 jobs a months.

Like most of the business community I was appalled at the thought of being buried under hundreds of pointless job applications that served nothing but to fulfil a Liberal Party staffer’s ideological fantasies.

Within a week, an Adelaide grandfather had come up with the idea of a jobseeker app that would automate the task, which shows just how far out of touch both sides of politics have become with the modern world, particularly the digital economy.

The lack of understanding of technology among Australia’s political class has been on painful display over the last week with the federal government’s fumbling over proposed data retention laws; one gets the impression George Brandis needs other people to use the toaster for him, let alone be trusted to use a computer without assistance.

This incomprehension of what’s driving the modern economy among our political leaders is no longer a joke – when the Prime Minister himself proudly states ‘I am not a geek’, it’s clear this nation is being led away from having any serious role in the 21st century.

In fairness, this is not the fault of any single party or individual; it’s the result of Australians – particularly Australian businesses – voting like sheep for the blue team or the red team at every election.

As a consequence, Australian politics is now dominated by comfortable, arrogant and somewhat dim careerists who have little in skills beyond being able to float to the top of the shallow, fetid sewers that are the party political machines.

This is our fault and it is where Treasurer Joe Hockey is right in bemoaning how business won’t stand up and strongly lead the nation’s reform agenda.

Unfortunately for Joe, a true reform agenda is about making the nation more competitive in an era where the world’s economy is radically changing. The old ‘ship out resources and watch your property go up in price’ model that has sustained the Aussie economy is not a recipe for long-term success.

If Australia is going to compete in this century then we are going to have to invest in modern training, education and capital equipment while putting in the tax and social security systems that reward genuine entrepreneurs and job creators over property speculators and corporate ticket clippers.

Right now, Joe and his friends in both the Liberal and Labor parties are doing exactly the opposite.

Joe’s right. We need to voice our concerns loudly. We also need to demand our politicians at least take the time to understand the basics of the technologies that are radically changing today’s world.

Next time you see a politician, of either colour, try to get five minutes of their time to explain how technology is changing your business. Hopefully it might make them pause before the next thought bubble.

Paul Wallbank is the publisher of Networked Globe, his personal blog Decoding The New Economy charts how our society is changing in the connected century. This story first appeared on SmartCompany.