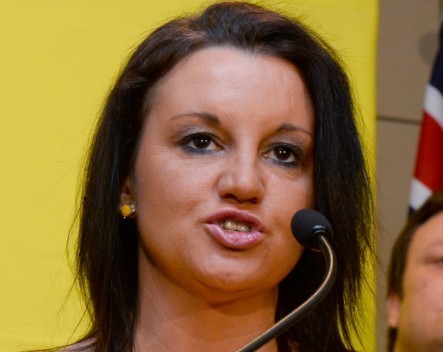 Senator Jacqui Lambie has said she has “embraced the local tech scene” in order to understand the electorate’s views on a range of issues, including same-sex marriage.

The Tasmanian independent has turned to an iPhone app developed in Sydney in order to ask the public whether or not Australia should have a referendum on marriage equality.

Ponder is a free mobile polling startup that gets users to answer yes-no questions on topics ranging from the serious to light-hearted.

According to its website, Ponder presents users with yes-no questions in order to provide concise responses “without the distraction of other words and thoughts”.

Those who create the poll can then quickly see the percentage breakdown of yes to no answers, as well as the results based on gender.

Senator Lambie first made an appearance on the app two months ago, when one of its founders visited Parliament to discuss the platform with her.

He later posted a survey asking users whether Lambie should join Ponder, with 93% voting ‘yes’.

Since then, Lambie has published two polls based on issues she has championed – one asking people if they would buy food if it was clearly marked halal (83% said they wouldn’t) and another asking people if the level of foreign aid sent to Indonesia is reaching “those who need it” (98% said it wasn’t).

Now the Senator has asked people to have their say on same-sex marriage, asking people whether they think marriage equality should be decided by a referendum.

So far 76% of Ponder users are in favour of a same-sex marriage referendum while just 24% are opposed.

Lambie has previously stated she does not support marriage equality. However, she said she would like a referendum held in order to take the issue out of politicians’ hands and let everyday Australians decide.

StartupSmart contacted Jacqui Lambie to ask if her most recent Ponder poll has changed her position on same-sex marriage, but did not receive a response prior to publication.

Ponder’s co-founder Jonathan Farrier said in a statement he hoped the app – while still in its early stages – could help voters share their views with those who represent them in Parliament.

“We hope that Ponder can help measure public sentiment on important social and political issues,” he said.

“We want to offer people a channel to express their opinion directly with those in society that represent them.”