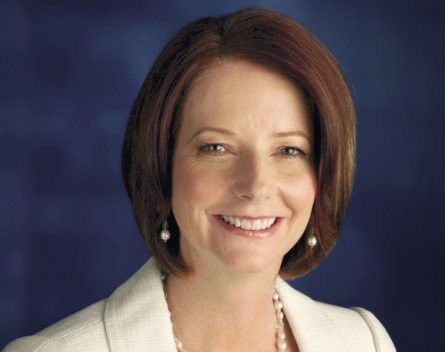 Julia Gillard is still Australia’s Prime Minister after emerging undefeated but far from unscathed from a bizarre Labor Party leadership ballot in which presumptive challenger Kevin Rudd refused to run.

Gillard, and Deputy Leader and Treasurer Wayne Swan, were ultimately re-elected unopposed following Rudd’s decision not to stand in the spill, claiming that he didn’t have the “overwhelming majority” of Labor MPs supporting his “drafting” to the prime ministership.

The spill vote was held after senior Labor MP Simon Crean, himself a former party leader, called for a vote on all leadership positions, including Gillard. But, ultimately, no actual votes needed to be cast, with Gillard emerging to tell reporters that she was focused on delivering economic and educational reforms.

Here’s how the day unfolded, as documented by our live blog.

Crean, who was subsequently sacked from his ministerial duties for arts and regional affairs, urged former prime minister Rudd to run in a ballot to break the “deadlock” of constant leadership speculation over Gillard’s position.

“He [Rudd] has got no option but to run,” Crean told reporters. “I don’t want any more games, I’m sick to death of it, it’s about time he stood up and instead of having his camp leak things, actually have the courage of his conviction and his belief.”

But Rudd himself subsequently confirmed that he would not run for the leadership in the 4.30pm ballot, saying that he wouldn’t break his word not to challenge again without “overwhelming” support from his party.

“I am here to inform you that those circumstances do not exist,” he said. “Therefore, in the absence of any such draft not withstanding what Simon Crean had to say this morning, I will be adhering absolutely to the commitment that I gave the Australian people and to my parliamentary colleagues.”

“I have given that word. I gave it solemnly in that room after the last ballot and I will adhere to that word today.”

“We are a government with a proud record. Health and education, the economy, it is a record upon which we should robustly stand.

The latest uncertainty over Gillard’s position is likely to raise concerns among business leaders over the impact on the economy and consumer confidence.

During the last leadership spill, which saw Rudd defeated by Gillard in February 2012, the main business lobby groups called for the government to make a swift return to focusing on policy rather than leadership.