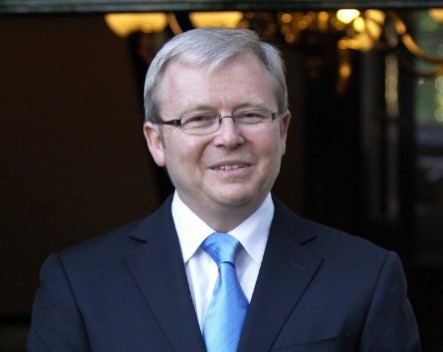 Australia has woken up to a new Prime Minister this morning, with Kevin Rudd reclaiming the Labor leadership.

Julia Gillard lost the leadership battle after Rudd secured 57 votes in a caucus ballot, compared to 45 for Gillard.

Rudd will again be sworn in as prime minister by the governor general at 9.30am this morning.

The ballot followed a dramatic evening in politics after reports Rudd’s supporters were circulating a petition seeking a special party meeting to discuss a leadership ballot.

Gillard called the spill late afternoon and set as a condition of the ballot that the loser leaves politics.

“I’ve got an obligation to the nation, we are talking about who leads the nation. I am not going to let that speculation run endlessly… This is the moment for Caucus to decide. I accept that outcome,” Gillard said at the time.

She will return to the backbench and leave politics altogether at the federal election.

After accepting defeat, Gillard reflected on her role as Australia’s first female prime minister and attributed, in part, her political troubles to being female.

Rudd said he resumed his old job with ”humility, with honour, and with an important sense of energy and purpose”.

The fallout from the spill continues, with Anthony Albanese replacing Wayne Swan as deputy leader and Penny Wong replacing Stephen Conroy as government leader in the senate.