Labor has $4.5 million to put into code of equality 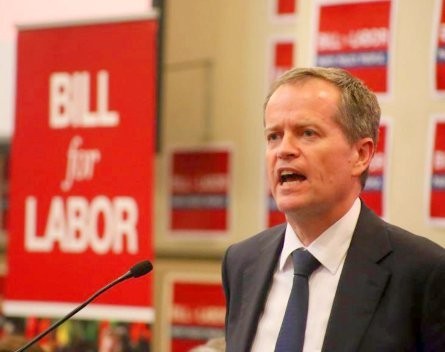 Labor wants to encourage young Australians, especially young women, to learn the “language of the future”, announcing it will be bringing $4.5 million in grants for coding programs to next year’s election.

It’s on the back of a range of promises and polices from the government and opposition as the political fight to be the party for innovation and digital technologies continues to heat up.

Bill Shorten announced the new policy at a coding event at Sydney Town Hall, and says it’s a continuation of his budget reply earlier this year, where Labor pledged a range of initiatives aiming to improve STEM education.

Grants of $150,000 each will be offered to a range of organisations that “promote, encourage and inspire girls to learn code”, including Code Club Australia, Code Camp and Tech Girls Movement, for specific projects.

The grants will be used with the aim of scaling these projects, partnering with schools, training teachers and improving access to mentors and role models.

Shorten says only one in 10 students in IT courses are women, and the grants program is an effort to close that gender gap.

“The jobs of the future will require the ability to not just operate computers, but to program them,” Shorten says.

“Leaving women out of technology is cutting in half our chance of succeeding as a nation in seizing the opportunities of the digital economy.

“We’ve got a shortage of skilled people for the future, we don’t have enough people studying IT at university, and women are not sharing equally in the digital economy.”

Shorten says it’s important to address this problem at the root, and address the harmful stereotypes in the industry through mentors and role models.

“To improve rates of participation by women in technology jobs, we need to spark girls’ interest by starting early, highlighting role models and demonstrating diverse career paths,” he says.

“There’s no trouble in getting young girls interested in coding, the challenge is to make sure that’s maintained and to ensure young girls are given equal access to the digital revolution.”

Labor’s budget reply included the Futuresmart policy which pledged to include coding in all Australian primary and secondary schools by 2020, and incentives for STEM students and teachers. The opposition has also promised to invest $9 million in creating a national coding in schools centre.

The new grants policy is on the back of the “second wave” of startup policies Shorten announced recently, with a $17.8 million package including a Startup Year for entrepreneurs to start a business, new entrepreneurial visas and the creation of an online portal to crowdsource governmental problems.

Preparing for the digital economy in the future has become a central issue in Canberra of late, with new PM Malcolm Turnbull placing strong emphasis on it from his very first speech in the top job.

While the government is yet to announce any concrete policies in this area, the recent Policy Hack included policy recommendations for improving diversity in tech and encouraging young girls to learn coding.

Turnbull has also stressed the importance of programming and digital literacy in schooling at all levels, saying it should be “as fundamental as reading and writing”.

Coding has also been included in Australia’s new digital technologies curriculum, with the non-compulsory subject to be possibly taught from Year 5.

Labor MP Terri Butler also spoke at the event, highlighting the gender gap in the Australian startup scene, with only 4% of tech startups being founded by women.

“The importance of getting young girls coding in schools cannot be overstated,” Butler says.

“It’s really important that women get a slice of the action when it comes to the future of this country’s economy. We are focusing on women in tech and we are working towards policies that support women in tech.

“It will become unremarkable, I hope, to see female entrepreneurs.”