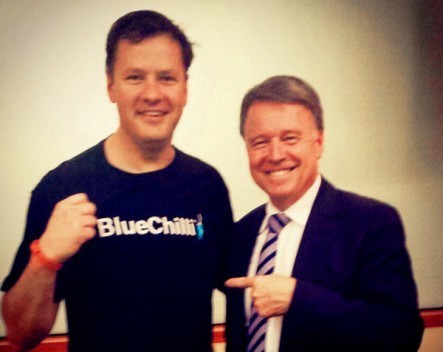 The dysfunction of the Abbott government has now forced it to delay important reforms, with last week’s announcement it won’t be until spring before we see its crowdsourced equity funding legislation.

This is akin to shoving the reform process into hibernation – and it’s unacceptable.

The delay to the reforms come in the face of reports that Australian firms are offshoring their operations to more regulatory-friendly jurisdictions.

By the time the Abbott government finally brings its draft legislation to Parliament, it would have been over a year since an independent report outlined how crowdsourced equity funding can be brought to life in Australia.

Worse still, we will be nearly three years behind the US, whose JOBS Act of 2012 allowed CSEF to kick off in that country.

Other countries have well and truly allowed this funding platform to evolve within their jurisdictions while the Coalition is content in dragging its feet on reform. This delay is unfathomable.

I’ve just returned from the US, where I’ve spoken to startups, investors and crowdsourced funding platform operators about the factors they believe are necessary to promote an ecosystem conducive to innovation and growth.

All of these meetings were established via connections within Australia’s startup community – which are keen to see both sides of politics develop positive policy frameworks to aid our local startups.

Besides hearing from them about what’s needed for future growth, I walked our US-based counterparts through the federal opposition’s proposals to help advance the establishment of crowdsourced equity funding streams in Australia.

It’s startlingly obvious that the two key ingredients to success for the US startup ecosystem are access to talent and access to capital. In both instances, Australia can – and must – do better.

Which is why the Abbott government’s delays to these reforms are so bad – and it’s hard to work out why they would be so indifferent to the capital needs of the nation’s startups.

US-based firms express surprise at the number of companies they know have left Australia because of a failure to legalise crowdsourced equity funding.

The opposition’s repeatedly warned the Abbott government that dragging the chain on this reform would cost the economy. I raised these points in Parliament last year.

A few weeks ago we witnessed evidence of the economic consequences of this delay, with local startup Equitise announcing it will be setting itself up in New Zealand because it can legally undertake crowdsourced equity funding there.

The federal opposition reaffirms its commitment to work with the federal government to ensure the speedy introduction of crowdsourced equity funding in Australia.

In fact, we’re prepared to sit down with the federal government and the sector’s representatives to help advance these reforms.

And – in contrast to the Coalition when in opposition – we’re actually putting forward some positive recommendations on what we think can be done to make crowdsourced equity funding a reality in Australia.

Last year we issued a position paper on crowdsourced equity funding, which can be found here.

It’s the result of discussions and feedback we’ve received from startups, their investors and the broader community.

We believe it represents a practical way forward and certainly welcome the views of StartUpSmart readers.

Bottom line: the Abbott government’s got to get moving on these reforms, the federal opposition is prepared to work with them to achieve this – but we’re certainly going to speak up for startups and investors if we feel the government is slowing down the reform process.

Ed Husic is shadow parliamentary secretary to the shadow treasurer.