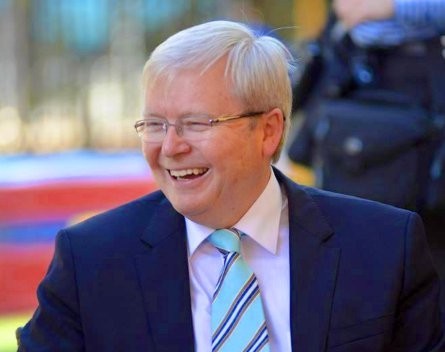 The business community has won again. Just days before the federal election, Labor has announced it will increase the instant asset write-off threshold to $10,000 if it returns to government, in a last-minute pledge to business.

The announcement caps what has been a lucrative campaign for small businesses, with both sides of politics announcing tax and budget policies which cater to the small end of town.

The pledge also counteracts the Coalition’s announcement it will scrap the increased write-off threshold if it wins government.

Peter Strong, executive director at the Council of Small Business of Australia, told SmartCompany the announcement adds “momentum” to the economy.

“This is another example of what’s happened during the past few weeks with that focus on small business,” he says.

“Given Joe Hockey wants to remove the tax benefits that have been announced over the past couple of years, the policies are coming much closer together with regard to small business.”

At the Labor launch yesterday, Kevin Rudd said the Coalition was in for a fight as it heads to the polls this coming Saturday – maintaining a defiant stance although polls continue to drift in Tony Abbott’s favour.

”And for those who say the fight is up, I say they haven’t seen anything yet,” he said. ”Because we have something worth fighting for.”

Among other promises announced yesterday were a promise to keep investment projects tied to local suppliers and jobs, while Rudd also said the federal government would make states pledge to raise TAFE funding – or face a takeover by Canberra.

Several other announcements were made regarding skills and apprentices, including lifting the current apprenticeship completion payment to $2000.

The effort may be futile. The latest Australian-Newspoll survey shows support for the government has dropped to 33%. On a two-party preferred basis, the Coalition wins 54% to Labor’s 46%.

But that hasn’t stopped Rudd from trying. This campaign has been mostly focused on small business issues, and the instant asset write-off is a prime example. When the threshold was last increased, small businesses welcomed the move as a boost to confidence.

Tax experts are less convinced this time around.

Deepti Paton, tax counsel at the Tax Institute, told SmartCompany while the figure is welcome, it doesn’t go far enough – the benefit only lasts for less than two years.

The higher threshold will last until July 2015, after which it will return to the $6500 rate.

“It’s a high number and certainly would boost the tax system’s capability to give small businesses an extra bump for additional investments, but you need to bear in mind this only lasts for 22 months.”

“It’s welcome, but we would prefer an affordable long-term change to the tax system with regards to an accelerated deprecation scheme, rather than constant, short-term boosts.”

“We should be building a tax system to last.”