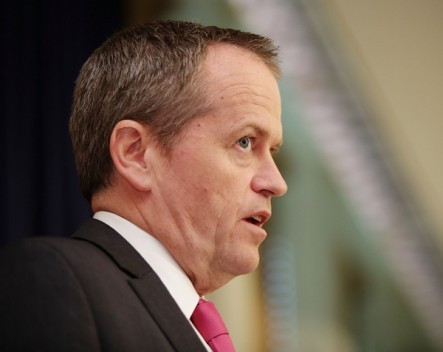 A heavy focus of Opposition Leader Bill Shorten’s budget reply speech on Thursday night was preparing for the future with science, technology, engineering and mathematics education. While this focus is a step in the right direction, the policies probably aren’t the right way to go about it.

Shorten’s budget reply started off with promising words about harnessing the creativity of the nation. He went on to explain that education is the most important catalyst of productivity. So the scene was set for some big announcements in education.

Instead, Labor’s budget response on education turned out to be a one trick-pony: it was all about STEM education – science, technology, engineering and mathematics.

Labor would set aside A$353 million to bulk up science and maths education. A Labor government would ensure every child in primary and high school learns computer coding skills. The rationale is that coding is “the literacy of the 21st century” – but actually literacy is the literacy of the 21st century. We still need to be able to read and write and that will remain true even into the 22nd century.

The computer coding we teach today, much like morse code in its day, will rapidly become obsolete as technology grows and computer languages evolve. Which is not to say computer coding isn’t a worthwhile subject for school in the here and now but it would have been good to have heard what was going to be done to ensure all children leave school with excellent literacy skills.

The present government’s own very limited definitions of literacy as phonics and “sounding out” are woefully inadequate and will not guarantee literate, creative citizens – but neither does Labor’s proposal to apparently neglect reading and writing and head straight for computer coding.

Shorten also promised to train 25,000 teachers in science and maths, and to write off the HECS debts of 100,000 science and maths graduates – perhaps on the proviso that they do some school teaching?

The rationale for this is sound – we don’t have enough science and maths teachers and we have far too many teachers who are teaching out of their area of expertise. But federal Education Minister Christopher Pyne has already said his government will require all teachers, including primary school teachers, to graduate with a subject specialisation in maths, literacy or science. So they are on a unity ticket there it would seem.

But in the end it doesn’t matter how many teachers they get into maths and science classrooms – what matters is that those teachers stay. Good teachers leave teaching at alarming rates, and they leave teaching far too soon.

Early-career teachers need quality mentoring, timely professional learning and a reduction in their face-to-face teaching in the first year. But neither Liberal or Labor has ever talked about that in their budgets.

Shorten announced on Thursday night that:

We will write off the HECS debt of 100,000 science technology, engineering and maths students.

“Deadweight spending” is the economists’ term for government spending to encourage activity that would have happened anyway. For the rest of us it is waste, and that is a good description of the Labor leader’s promise to write off the HECS debt of 100,000 STEM students.

This promise is apparently for 20,000 STEM award degrees that Labor proposes to offer every year for five years, with the HECS-HELP debt written off at graduation.

HECS for science and engineering students is A$8,768 a year. Most science programs are three years long, giving science graduates a HECS debt of of around A$26,000. Most engineering degrees are a year longer so graduates will have a debt of about A$35,000.

This returns Labor to a policy similar to one it took to the 2007 election to halve maximum HECS fees for mathematics, statistics and science students.

However, there is little evidence that HECS fees affect students’ choice of subject since demand for science programs does not seem to be greatly affected by Labor’s ending of lower HECS for science students in 2013. Shorten is therefore promising to write off the HECS debts of students who would have enrolled anyway in science, technology, engineering and mathematics.

Shorten probably promised to write off HECS to show that Labor values science, technology, engineering and mathematics. But there are much less wasteful ways of showing symbolic support for favoured disciplines.

One of the biggest challenges for schools and universities is to find work-experience placements for their students. While employers complain that graduates aren’t “job ready”, they don’t provide enough placements for students. So A$0.58 billion could contribute around A$350 towards the cost of a science work placement for each secondary pupil.

There are probably many other great ideas for spending A$0.58 billion a year to support science education. Unfortunately, there’s no evidence to say Shorten’s plan will work.

Misty Adoniou is Senior Lecturer in Language, Literacy and TESL at University of Canberra.