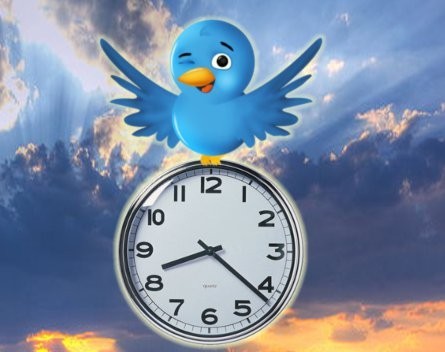 The likely end-point for Twitter’s “buy” button will be making it available to small and medium businesses around the globe, including Australia, according to the company’s vice president of global online sales Richard Alfonsi.

The company launched its Twitter Ads service for small and medium businesses (SMBs) in Australia on Wednesday, allowing Australian companies of all sizes to advertise on Twitter for the first time.

Last month Twitter rolled out its Stripe-powered “buy” button to select US retailers.

“Right now it’s the early test phase. But it is another important format or call to action that an advertiser can use, giving consumers the chance to complete the transaction without leaving Twitter,” Alfonsi says.

Small and medium businesses in Australia are already using Twitter to connect with customers. According to an internal study by Twitter that polled 1000 Australians who use Twitter at least once a month and follow a SMB, 61% said they discovered a new SMB on Twitter, and 31% went on to make a purchase from that business.

Alfonsi says there are around two million SMBs in Australia, many of whom are already using Twitter, and the company’s advertising service is meant to compliment that natural engagement.

“We think it’s a vibrant market and we’re excited about expanding our presence here,” he says.

“Globally we’ve got millions of businesses on the platform, using it for free, and we’ve been working to convert them to Twitter advertisers. They can amplify the presence they already have.

“I always advise clients, the folks who are working with us directly, that you need to be able to develop your own presence on Twitter. Find your own voice, be authentic and engaging in an active way. The next step is amplifying that with Twitter Ads.

“There’s no real commitment, you put in your credit card, try the platform as a self-service. Decide what’s your goal, to get more followers? Drive traffic to a website? App Installs? Drive engagements on the Twitter platform. There’s a campaign flow that helps you do all of that in a really seamless way.”

Advertising makes up a large portion of the company’s revenue. In its second quarter of 2014, revenue for the company totalled $US312 million, of which advertising made up $US277 million, an increase of 129% year-on-year.

The launch of Twitter Ads in Australia continues the social media giant’s push to expand its advertising offering into international markets a space that’s important to Twitter’s growth. Markets outside the US account for 33% of the company’s total revenue.