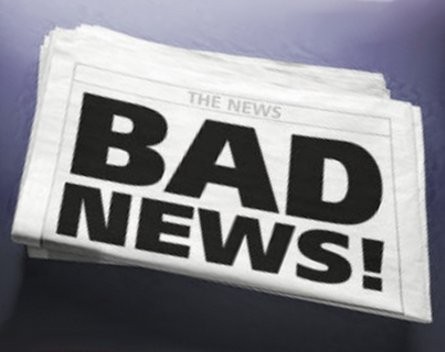 Earlier today, your humble correspondent was sitting in Taskmaster Towers when, across the scanners, came yet another piece of bad news from the corporate disasterpiece known as BlackBerry.

At this point, Old Taskmaster is rapidly developing a business theory: If in doubt, just ask yourself what would BlackBerry do – and then do the opposite!

After all, when it comes to creating business dilemmas, you sure have to hand it to the folks over at BlackBerry. They are true professionals.

So here’s the latest situation. Just imagine you’re about to launch a new product. Your company’s fate hinges on the success or failure of this product. As the launch day approaches, you become aware there’s a piece of bad news you need to announce to the public.

And no, this won’t be a confected and manufactured “Kyle Sandilands said something outrageous again” type of scandal that blows up on Twitter for a day and annoys the sponsors, who in turn go away for a month before returning to higher ratings.

This is the kind of bad news where you announce the formation of a special five-member committee because “we believe that now is the right time to explore strategic alternatives”. In plain English, the company’s being put up for sale.

Making matters worse, on that very same day, the largest individual shareholder resigns from the board of directors.

If you were in such a situation, what would you do?

For BlackBerry, the answer was simple. They announced the bad news, then they launched the product. Just one day later.

They went on to describe their product as having a “youthful design that radiates confidence”. Old Taskmaster is glad something related to BlackBerry radiates confidence at this point – because it certainly isn’t the customers or shareholders!

Unfortunately, bad news is a part of life in business. Trying to cover it up damages relationships with key stakeholders and can ultimately destroy your company. However, there is a time and a place for revealing bad news – and a day before a major product announcement is neither the time nor the place.

It’s important to be as honest as you can with your stakeholders. Even in unlisted companies, there are product delays, job cuts and discontinuations to worry about.

At the same time, you need to give your positive announcements “clean air”, so be tactical about when and how you reveal bad news as part of your communications strategy.

Get it done – just not the day before you launch!