Will 5G actually be able to support the Internet of Things? 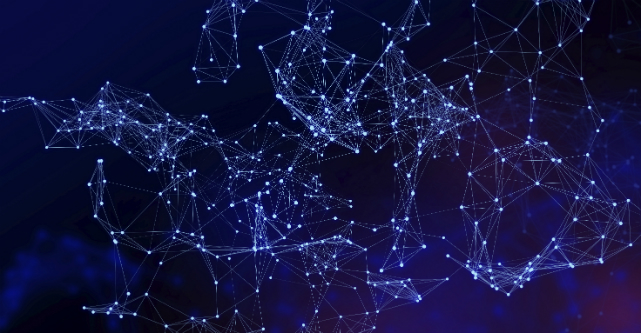 A major focus of the Mobile World Congress in Barcelona last week was around advances in implementing 5G, the version of mobile wireless networks that will replace the current 4G.

In a nutshell, 5G will bring massive improvements in data rates with speeds up to 10 Gbps, meaning that a HD movie will download in seconds.

It will also reduce the amount (in technical terms, the “latency”) of time information takes to get from one place to another. 5G will allow many more connections than the current 4G networks. Finally, 5G will consume less power overall and will require less energy from devices using the new protocol.

A range of hardware and network companies have announced trials of versions of 5G networks in operation, or about to start. It is expected that these trials will lead to 5G being generally available by 2020.

Although 5G will expand the capabilities of mobiles phones, the main marketing focus of companies like Intel, Ericsson and Cisco was to emphasise 5G’s ability to support the Internet of Things.

According to Gartner, The Internet of Things will grow to 21 billions devices by 2020 and be a $US3 trillion a year industry. Cisco goes even further, estimating 50 billion devices and US $8 trillion in value. With estimates like these, one can understand why telecommunication companies and even governments would see the importance of 5G networks.

All of the Internet of Things devices will have to operate on low power and be able to communicate in different ways to each other and back to the systems that are responsible for monitoring and acting on that information.

In the case of “autonomous vehicles” for example, controlling them over 5G would potentially mean that responses from a vehicle being controlled remotely would be near instantaneous. Driverless trucks such as the ones being operated by Rio Tinto in mining operations could be theoretically driven directly over the 5G network instead of communicating over fixed connections and attached Wi-Fi networks that are in use at the moment. If 5G was deployed widely enough, it could be used to control vehicles in city streets for example.

In other scenarios, devices could be used in monitoring buildings, structures and spaces and the movement of people and things through all of them. The Internet of Things, used in this way could potentially bring about so-called “Smart Cities”, with many potential benefits.

The problem is that, like the future role of 5G, the future role of Internet of Things enabled possibility is still at the stage of small pilots and trials. The technology hasn’t realised its full potential because the challenges are not just the lack of networks but some more fundamental problems that have to be overcome before any real benefits will be seen from this technology.

The major challenge for making Internet of Things devices deliver benefits is the development of software that will actually interpret the data produced from these devices that will transform that data into knowledge that can be acted on.

Even in simple environments like smart devices in the home, we are still some way off these delivering any real value. It is now possible to install smart temperature sensors in rooms, have Internet-enabled air conditioners and to have solar panels and inverters that report power generation and consumption via the Internet.

Although these sensors can provide isolated information on things like current room temperature or the amount of energy being produced by solar panels and what setting the air conditioners are on, there are very few, if any, applications that will do anything particularly intelligent with the sum of this data; even for a very simple scenario like switching the air conditioners on when the solar panels are producing enough power and the temperature reaches a particular threshold.

What is holding achieving that goal back is the fact that all of the manufacturers are building devices using their own ways of communicating and using their own software. There is little commercial incentive to integrate their products with those of other companies.

Even if that happened, consumers would need to be assured about security and privacy which is still a major concern for the general public.

We will continue to see the benefits and importance of 5G being marketed by telecommunication companies on the back of the Internet of Things. Whilst this may be a possible outcome in the decades to come, for the moment, it should be treated with a certain degree of scepticism.

David Glace is the director of the UWA Centre for Software Practice at the University of Western Australia.